Wondering whether you should upgrade your GPU or your CPU first? We can help!

Both of these components are absolutely critical for a PC, but it’s not always easy to determine which one is most important.

It’s also not easy to determine which one may be holding your system back from its full potential, whether you’re using it for gaming, editing, or daily work.

Generally, your CPU should be upgraded before your GPU if you notice stuttering during games or you’re regularly at 100% CPU usage during tasks. For a computer that simply struggles with rendering graphics of visually intensive games, a GPU upgrade should come first.

There are some great ways to make this a straightforward decision. We’ll dive in deeper to give you all of the steps and information you need to make the right call.

Your PC is due for an upgrade. In the past, it may have been an absolute beast. Maybe it could handle the most graphically intensive games no problem—it never met a graphics slider it couldn’t pull all the way up.

But time keeps pushing forward, technology keeps improving, and you’ve watched those graphics sliders tick left over and over until the settings are so low you might as well be playing on console. It’s time.

There are two obvious candidates when it comes to upgrading your computer: the central processing unit (CPU) and the graphics processing unit (GPU). Both are critical components, the backbones of your rig. Both are showing their age…and both will be expensive to upgrade.

Let’s assume you don’t want to drop two paychecks on upgrading both your CPU and GPU at the same time. It’s going to be one or the other, but it isn’t an easy decision to make.

Also, keep in mind that, if you are using a laptop, upgrading your GPU (or CPU) may be borderline impossible.

How to Identify CPU or GPU Bottleneck

The first step to making the right decision is to find out whether your CPU or your GPU is holding you back. You can figure this out in a couple ways.

Play a game. Something fast-moving and visually impressive.

This isn’t conclusive enough to make a 100% confident decision, but this is the best, most simple way to start.

P.S. – If you’re wondering how long your GPU should last (and if it’s on its last leg), take a look at our guide to GPU lifespan. If you suspect your CPU may be having issues, check out our guide to the signs, symptoms, and test for a dying CPU.

Again, this isn’t quite conclusive yet. Different programs use your computer’s components very differently, so data from a single game won’t tell you the whole story.

You’ll want to run a few different games and some other programs to see if a pattern emerges.

It’s also a good idea to pull up the Task Manager (press Ctrl + Shift + Esc) and keep an eye on your hardware’s performance while you play; it’ll give you the same information as the in-game display plus readouts on memory and disc usage.

Who knows, maybe you just need some more RAM or a new storage drive (go for a solid state drive, they’re worth it).

These tests should give you a fairly decent idea of what’s holding your computer back.

But let’s say your GPU and CPU are equally underpowered or pretty close in terms of power and performance. How do you decide which part to replace when the answer isn’t obvious?

Let’s start with what you can expect from a new GPU and a new CPU.

Performance Gains from a New CPU or GPU

Upgrading either your CPU or GPU will boost your computer’s performance in very different ways, and you should take these differences into account while you consider your options.

If your CPU is more than a couple years old, buying a new one will come with either a significant boost in clock speed, additional cores, or both. Clock speed, measured in gigahertz (GHz), represents the number of instructions a CPU can execute per second. A higher clock speed means a CPU can process instructions more quickly, which translates directly to a smoother and snappier user experience.

If your current CPU is holding your GPU back, chances are that your GPU can take instructions more quickly than your CPU can distribute them. You’ll need a model with a higher clock speed to keep up with your GPU’s potential.

Upgrading to a CPU with more cores, on the other hand, will improve your user experience in a slightly different way. We recently compared 4-core & 6-core CPU’s, so that may be a good starting read if you’re wondering how cores actually affect performance.

While early CPUs processed instructions one after another on a single processor, modern CPUs divide up the work between two, four, or more smaller processors called cores. This can lead to a significant boost in performance if the programs you’re using are designed to work on multicore systems.

More and more programs and games are being designed to utilize multiple cores, but there are still a few holdouts that put all the work on a single core.

If your most frequently used programs don’t support multicore systems (check the Performance tab in Task Manager to see how the programs distribute work among your CPU’s cores), you’ll probably be best off getting a CPU with fewer, faster cores. If your most frequently used programs do support multicore systems, on the other hand, your best bet will be upgrading to a CPU with more, slightly slower cores.

If your GPU is getting up there in years, upgrading to a new one will improve nearly every aspect of your gaming experience. A newer, more powerful GPU will have more VRAM and be able to render much more detailed graphics than your old one, and the extra power will let you run games at significantly higher framerates. In other words, a new GPU will make games look better, run better, and feel better.

A new GPU can also help you up your productivity if you work with machine learning, game design, CAD, or any kind of graphic design. Basically, if you work with anything that needs to be designed or rendered, a new GPU will help you get your work done faster.

Now that you know what a new CPU and GPU would do for your system’s performance, let’s look at what they’d do to your setup.

What You’ll Need with a New CPU

An older chipset may not support overclocking (we’ve got a guide on how to tell if your CPU can be overclocked), for instance, or it may slow down data flows and restrict your CPU’s performance.

Motherboards last a long time (as we also detailed in our guide to motherboard lifespan) and are the backbone of the rest of your components, so make sure to do your research before you buy a new one.

You’ll also want to take a moment to assess your PC’s cooling systems. If you’re going to be seriously beefing up your system’s power, you’re also going to be increasing heat. It might be a good time to consider upgrading your CPU fans and/or chassis fans.

IMPORTANT: If you end up settling on a new CPU, do not forget to use a good thermal paste when you install it. Thermal paste is easily overlooked, but the health of your system can depend on it.

What You’ll Need with a New GPU

Before you buy your new GPU, however, you should check its power requirements. You probably bought (or your PC came with) a power supply for your computer’s old configuration, and newer GPUs tend to draw more power than older models. New power supplies are relatively cheap and very easy to install, so it shouldn’t be too much trouble even if you need a new one.

The guides we’ve already linked above should be really helpful for the upgrading process, but we’d also recommend evaluating/adjusting your fan curves if you add new hardware.

Whether to upgrade your CPU or GPU first can be a tough question. You need to determine which one’s underpowered, which new CPU or GPU to buy, and what other parts you might need to upgrade at the same time.

This guide guide should be a great start (and even an end, hopefully) to the process of making a decision, but make sure to do more research on your own before you open your wallet. 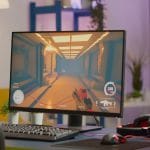 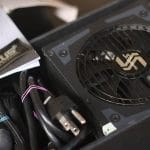