Wondering how VRAM works and why it matters for your PC? We can help!

Most people are pretty familiar with RAM and know about the amounts needed to run their games and their programs, but not few pay enough attention to VRAM.

This can be a big mistake, as it affects far more than you might expect, as Vram is the lifeblood of your GPU and the very thing that’s fueling all your high-powered video games.

This guide will tell you all about VRAM. We’ll cover what VRAM is, what it affects, how to choose a GPU based on VRAM, and more.

Contents hide
1 What is VRAM?
2 Why Does VRAM Matter?
3 What Makes VRAM Work?
4 What Impacts VRAM?
5 How to Choose VRAM in a GPU

VRAM is the abbreviation for Video Random Access Memory and it is used to store graphics data. The more VRAM you have, the less buffering the system needs in order to properly maintain the smooth image on screen and the more 2D and 3D images that you can display at the same time.

PCs with less-than-ideal VRAM will struggle to run high powered games that require a lot of digital memory to run on the higher settings.

While most game specs won’t tell you exactly how much VRAM is needed, a safe bet is to assume that the AAA titles of this era of gaming will need around 8GB+ of VRAM in order to run at the highest settings.

In comparison to actual RAM, VRAM is memory that is temporary when running a program like a game for instance, while RAM is a permanent set amount of memory that your PC has to pull from.

There are a few different components of VRAM to take note of. First of all, we’ve got shading. Shading is a series of programs on the video card that work to calculate colors and vertex positions. Vertex Buffering, referred to as VBO involves the type of image data that represents the floating data that the aforementioned vertex shaders use as an input for non-immediate-mode-rendering.

Index Buffering is an array of unsigned integers that show how vertex buffers are linked together to form the triangles that make up a 3D scene. Textures are compressed or uncompressed bitmap image data or the digital representation of object surfaces that fragment shaders use as an input.

Note: Make sure you don’t confuse VRAM with DRAM (we have a separate guide to DRAM). They’re two very different things.

Why Does VRAM Matter?

VRAM is incredibly vital to gaming performance. If VRAM memory is being fully taken up, games will slow down drastically, glitching and sometimes even becoming unplayable. Overloaded VRAM will cause a GPU will reach its tipping point and begin to leak its data onto the RAM of your PC. When this occurs, game performance will be severely impacted, regardless of how powerful the other PC hardware may be.

When a game’s resolution is set at the highest levels (especially if you’re making use of high-end features like Ray Tracing), depending on your VRAM availability, you can either have an amazing visual experience or a choppy, unplayable mess

When you are pushing your GPU beyond its means, that usually means you are using more VRAM than you have available and the system starts working overtime to just give you something close to the image you’re trying to achieve and it all falls apart.

Overloading the VRAM basically means your GPU begins to reach its tipping point and your GPU will begin to leak its data on the RAM of your computer. When this occurs, you’re going to have a heavily impacted game performance, regardless of how powerful your PC is.

It’s also important to note that if a GPU’S VRAM is failing, it’s very likely the whole card is dying (check out our guide to GPU lifespan and dying GPU’s). VRAM is temperature-sensitive and overheating can definitely damage it. Once VRAM damage occurs, it’s generally only a matter of time before the card will need replacing.

Also, we have an article that covers everything you need to know about Total Graphics Memory and the role VRAM plays in it.

VRAM might be one of the less flashy, less marketed attributes inside of a PC, but there is a whole lot that goes into it in order to maker everything work. VRAM has become one of the most important parts of a GPU these days because of the insane number of resources needed to power all of these AAA games that push PCs to their limit.

Extended data out DRAM, commonly referred to as EDO DRAM, is a modified form of fast page mode memory that allows timing overlap between each new data access cycle. Multibank dynamic RAM is designed to use small banks of DRAM to be accessed individually.

Synchronous Graphics RAM uses clock synchronized RAM that uses masked write to modify data in a single operation rather than a sequence. Windows RAM is dual ported video RAM that has more bandwidth and it is used to rad data for use in block fills or text drawing.

The best thing to do is figure out the typical amount of VRAM your preferred types of games require. And, of course, depending on your individual settings, you may require different VRAM. For example, the following details different resolutions and the amount of VRAM they require.

Aside from your resolution, your game settings usually have the largest impact on the amount of VRAM being used. Aside from the settings, the actual games you are playing effect that as well.

A game like Fortnite or League of Legends will likely be pretty easy to play on relatively high settings as long as you have a good GPU, but a game like Red Dead 2 or Call of Duty could be a tough one on your system and you will require a whole lot more VRAM in order to run them properly on higher settings.

Graphic details are prime users of VRAM and the higher you amp those details up, the more VRAM you will be using. If you have an older system, you can still play modern games, but it is advisable you play them under the lowest resolution possible if you absolutely need high settings to enjoy your experience.

How to Choose VRAM in a GPU

When choosing a GPU, you should definitely determine the right VRAM minimums for the experience you’re looking for. Using the chart above, you can easily figure out what you’re going to need for the games you play.

For all those seeking a 4K experience, make sure you’ve got some good VRAM to back that up. Something like an RTX 2070 Super will play just about everything on ultra without a problem. Though if you’re going to be trying complex settings like ray tracing, you should bump your resolution down to 1440p for that. In general, the 30 series of NVIDIA graphics cards are the only ones to handle the heavy duty games on 4K with ray tracing on ultra-settings.

Of course, the more VRAM you’re getting with a GPU, the more you’re going to pay and that’s because VRAM is probably the biggest factor in whether or not they will be able to play todays games. When shopping, look at the model first, then the VRAM.

High VRAM on a lower quality model can sometimes be a great bargain and play most games surprisingly well, so it all depends on what you’re willing to spend.

VRAM is one of the more unspoken features when it comes to PC building, even though it’s a supremely important aspect of your GPU. If the game is slowing down and the GPU is the culprit, an issue with VRAM will more times than not be be involved.

With this knowledge, check what your card has to offer and see if the games in your library require more than what you’ve got. While games on Steam won’t exactly tell you how much VRAM is needed, you should assume that the AAA titles of this era of gaming will need around 8 GB plus of VRAM in order to run at the highest settings. 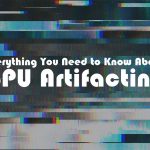 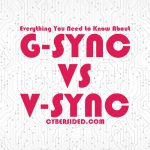