Wondering how long a GPU should last you? You’re not alone, as the real answer is usually pretty hazy, depending the source.

Contents hide
1 Average GPU Lifespan
2 Symptoms of a Dying GPU
3 How to Check Your GPU‘s Health
4 How to Keep Your GPU Healthy
5 Which GPUS Last the Longest?
6 Will Overclocking Impact GPU Lifespan?
7 Are Used GPUs Worth It?

As a rule, the average lifespan of a GPU can range from around 5 years with heavy use or 7+ years with moderate use. High-demand gaming will wear on a card more than general computing. The bigger issue is a GPU becoming obsolete, inferior tech, which can happen in 3-5 years.

But why 5 years? Is there just a message that pops up from your GPU telling you “Sorry dude, but I’ve had it!”. Not quite, but there are some signs (we’ll walk you through those in the next section) that start to show when your system is nearing its end.

Oftentimes, becoming outdated and obsolete is a bigger problem than a GPU outright failing.

5 years is a lot of time in the tech industry (especially gaming) and in technology advancement. To show you how big that gap can be, think about the graphics of Dragon Age: Inquisition (2014) to Red Dead Redemption (2018). While Dragon Age: Inquisition is a beautiful game with some truly breathtaking effects at play, but characters are a bit wooden looking, facial features a bit flat and overall movement and animations are pretty “video game” looking.

With a game like Red Dead Redemption 2, you have lifelike environments, characters indistinguishable from real people at times. They actually walk, talk, and move like real people. The graphical differences between these two example games are so large that you’d be shocked that a GPU could even handle that jump.

Thinking about this simple comparison and the GPU running them, it should make more sense understanding that GPUs often hit their limit sooner rather than later.

We have a separate, standalone guide to determining whether your CPU or GPU is the real culprit to your PC’s issues.

Symptoms of a Dying GPU

A dying GPU tends to show negative symptoms gradually rather than all at once. It starts small, like a glitch or two in a game that used to run flawlessly, but eventually things will start escalating. Color glitches on your home screen, screen tearing in game, fans running hots, etc. The entire system might even start running slower than you’re accustomed to.

When things start getting to Defcon 1, you’ll begin hearing beeping sounds when rebooting your PC as well as error codes being flashed across the screen. Computers usually tell you when something is wrong and your GPU is very happy to tell you the same.

So, you have what seems to be a dying GPU, what can you do? Is there a fix? Do you just buy a new one? There are some absolute ways to fix the GPU and ways to simply boost its health, so despite you seeing some of these troubling signs starting to appear, it doesn’t always mean that all hope is lost.

How to Check Your GPU‘s Health

As much as we bemoan opening up something as fragile and expensive as a desktop, we’re going to have to check the motherboard to see what our problem is.

Usually, a motherboard will display codes on the upper right corner of the board, so if you’re having a GPU issue with error codes playing on the computer, you should see a code here as well. From here, you need to consult the motherboard manual either physically or online and if it says this is a graphics error, that might be the end of your GPU.

If you’ve installed the card yourself, check to see if there is any damage on your card. If there is some damage on your card, it can cause it to overheat incredibly fast and the timeline of 5 years can be shortened a whole lot if this is the issue you’re having. If all is clear, it’s time test things out and see where the issue is.

You’ll need to download a stress testing or temperature testing software (we like AIDA64) in order to figure out if your GPU is running too hot. Now, try running a game that would normally run fine with your GPU in the past while running your stress test. If you see the temperature of your GPU go up past 80%, you’re in dangerous territory.

High GPU temps can cause a litany of problems, including irreparable VRAM damage.

How to Keep Your GPU Healthy

Despite the limited lifespan of all GPUs, there are ways to make sure you’re going to get as much bang for your buck as possible.

Without taking apart your PC and checking on it constantly (which nobody wants to do) the best way to keep your GPU healthy is by simply updating the drivers. We know this can sound scary but it’s actually one of the simplest tasks you could have as a PC owner aside from turning it on.

As a gamer, your best friend can be a program like GeForce Experience. What this program by NVIDIA does is automatically find you the most up to date game drivers available whenever you play a game. If you’re starting a new game, startup GeForce Experience and check for the most updated drivers. They will install automatically and you will have nothing to worry about on this front.

If you neglect this though, your GPU will be running on older hardware while trying to run newer games and that’s going to increase the load on it. Increasing the load on a GPU will make it work extra hard in order to compensate for it and this will in turn cause it to burn out faster.

Which GPUS Last the Longest?

Unfortunately, most GPU models don’t come with any kind of guarantee for just how long they will last because no manufacturers can guarantee the card will survive the way a particular user will treat it. Warranties are a great starting point, but normal GPUs will almost always far outlast the warranty window.

For example, if you’re Overclocking like a madman, you’re going to fry your GPU before too long and that would render any kind of length guarantee completely useless and result in countless GPUs being returned for warranty.

It wouldn’t make much sense to do business that way. So what can you do to customize your PC so your GPU doesn’t die fast? The answer can be found in an excellent cooling system.

Cooling systems are among the best ways to keep a GPUs temperature at a manageable level, so despite you playing the most performance taxing games, you will never run too hot to cause any real damage. In fact, by using high-end cooling systems, you can elongate the lifeline of a GPU to 10 years if you’re really careful with it.

GPU lifespan shouldn’t be significantly negatively impacted if overclocked properly and the card is already in good health. While this used to be a bit of a death sentence for the longevity of GPUs, many now come with a cooling system that will keep the temperature level as much as possible. This lessens the stress that overclocking puts on a GPU.

However, toward the end of your GPUs lifespan, your cares will be far less about it lasting for another more year and far more about if it’s going to be ready to play GTA 6 at its maximum settings. In order to get your GPU playing games like this that will require top of the line technology, you have no choice but to overclock (or, the notorious “superclock”) it if you want to play it to its highest graphic capabilities.

Are Used GPUs Worth It?

Used GPUs from reputable sources are often a great investment. Regardless of the wear and tear on a GPU when you buy it, you can find some fantastic prices for ultra-high quality. Regardless of whether they’ll last for maximum years, they are usually fresh enough to be overclocked to your liking while saving you a decent amount of money in the process.

Only go for used if you’re looking for somewhat temporary solutions. Really, once your GPU is on its last legs, it’s not a bad idea to buy a few used GPUS for the price of one sparkly new one just to get you through the next few years of games. Especially if you’ve got a full system rebuild on the horizon to begin with.

The overall lasting power of GPUs relies solely on you. If you treat it with care and don’t overclock constantly with immense stress on the system, you should have a card that lasts for years. Treat it poorly however and it will treat your PC the exact same way. 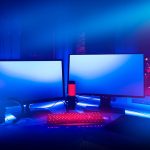 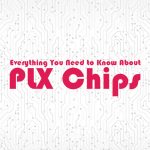