Wondering what a PLX chip and how it can impact PC performance? We can help!

A PLX chip allows the expansion of CPU lanes, most commonly from 16 lanes to 34 lanes. This can greatly benefit your system’s performance. A PCI Switch can have the same capabilities, depending on how it is implemented.

So, we’ve got PLX chips and PCI Switches. Let’s dive in to how this all functions.

What is a PLX chip?

PLX is a company that was acquired by Broadcom, so any chips that came from PLX were branded as “PLX chips”. The types of chips that PLX offers can vary, but the most popular is the PCI Express Switch. This is a switch-based technology that is used to interconnect a number of outside devices to a processor system.

The nitty gritty of how this all works is that the switch controls packets of data that get routed through the motherboard. The PCI Switches allow you to essentially powerup your motherboard to run more lanes than it’s built to without overpowering the system. PCI stands for Peripheral Component Interconnect. It’s classified as a kind of BUS that has 32 bit and 64-bit variants.

Are PLX Chips worth it?

Adding a PLX Chip can be helpful by expanding the lanes used on a motherboard and adding a potentially great deal of increased performance and speed to a system. Without the PLX Chips, you’ll find yourself limited to 16 lanes instead of the 32 possible and by bottlenecking all your data through those 16 lanes, you might find yourself wanting for a bit more efficiency.

PCI Express chips in particular are definitely worth it. Imagine having a bunch of things you need to plug in, but none have the right kind of plugins for you. Generally, your CPU will only come configured in one way only and if you don’t have the proper adapter to plug in, tough luck. With the PCI switch though, you can get the correct ones through a process called lane swapping.

Do you actually need a PLX Chip, specifically? The answer for most users would be a resounding “no”. Most systems are perfectly capable without it. A PLX Chip, like the majority of computer addons should to be viewed more so in a “need vs want” type of way.

If you’re the type who needs a top of the line everything in order to be fully satisfied as a computer user and gamer, then yes PLX Chips can enhance the experience at a relatively low cost.

Just know that when embarking on upgrading things such as the motherboard, you’re going to be in very delicate territory and even the slightest mishap could result in your PC being unusable, so make sure you’re following a guide when trying to put all your external equipment in it.

What is a BUS?

A bus works by giving us all the different wires in which data can be transmitted in the computer from one part of it to another. It’s the key cog that allows the computer to operate efficiently and any issue in this system can mean big problems for the rest of your PC.

How does a PCI Slot Work?

When you talk about digging into the guts of a PC, things can get awfully complicated pretty quickly. So many of the components inside rely on each other to run efficiently and when it comes to PLX chips, they play a huge role in having this all happen without issues. Think of at as the base for all things in the computer to connect which.

If you are someone who has installed a GPU in the past, then you’ve encountered a PCI slot. What it is simply a place for external devices to be connected. Anything you’re going to add on to your PC, you’re going to likely be adding it to the PCI slot.

So, what can this PCI slot do? The better question is what can’t it do? Graphics cards, sound cards, network cards, modems, TV tuners, firewire cards, scanners, USB plugins, PS/2, as well as removeable and non-removable devices.

Is there a difference between PCI and PCI-Express?

Because of the 32 bit and 64-bit variants of the PCI, you might expect there being some difference within this realm of computing.

The PCI Express actually has a much higher clock rate compared to the normal one and for anyone that’s experienced with Overclocking, you know that faster clocking means faster system.

Within the PCI Express though lies a bunch of variations and you can get (1x, 4x, 8x, and 16x) models that each have their own power supply potential. The reason these slots exist is because they are needed in order to properly run all of todays high-quality games.

What do I Install Here?

Despite most people only ever needing one GPU, you can actually install multiple GPUs here. You might be thinking this seems unnecessary, but basically there are a few trains of thought as to why this might be effective.

You can reserve one of the GPUs for especially taxing programs and games to give it a break while running your normal, every day computer programs (like using the Internet).

Another use would be to do head-to-head split tests in order to determine which GPU can handle Overclocking better. Certain models give you better effects than others, so this can be fun to toy with to get the best result possible.

How much do they cost?

Depending on the quality and type of PLX chips you’re getting, the prices can vary wildly. If you’re going for models that have tons of different slots available, you can find yourself in the $200’s . For others, you can find things around $20-$30, depending on what source you’re buying from.

The installation is not included with these, so a decent amount of research is needed to figure out how to install these things properly without ruining your PC. If you’re building a PC from scratch, you’re likely going to buy a PLX Chip at some point and the lessened cost of building a PC vs buying one might allow you to make some exceptions when it comes to buying additional features such as a PCI Express Switch.

If you’re constructing the motherboard, make sure you know how man lanes it needs to have before out and making a purchase, as you might accidentally find yourself purchasing something that’s always supported, so thorough research is always suggested. 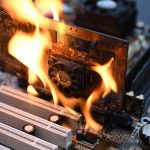 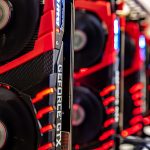