Wondering how G-Sync compares to V-Sync and what the actual differences are? We’ve got you covered!

Even though these two pieces of technology have been around for quite some time, their similar names and similar uses are often confusing to anyone shopping for a gaming monitor.

This guide will cover everything you need to know about how these two stack up against one another. From performance to pricing, we’ll give you the info you need to figure the best options for your preferred gaming experience.

Contents hide
1 G-Sync vs V-Sync: Which Is The Better Option?
2 What is V-Sync?
3 The Downsides to V-Sync
4 What is Adaptive V-Sync?
5 How G-Sync Replaces the Need for V-Sync
6 Final Recommendations

G-Sync vs V-Sync: Which Is The Better Option?

G-Sync is superior performing tech compared to V-Sync. Despite being more expensive, G-Sync is a direct answer to V-Sync and offers the same benefits with few of the problems. The difference between the two is that V-sync is a software setting accessible within a game and G-Sync is a completely separate piece of technology built into a monitor.

This means that you’re going to be getting V-Sync for free as long you’ve purchased the game that has the option. It’s simply a setting.

With G-Sync, you’re going to need to purchase a G-Sync equipped monitor, so inherently, that’s going cost a good deal more money. Many users will find that it’s often preferable to spend on a superior GPU instead paying more specifically for a G-Sync enabled monitor.

Check out this quick from NVIDIA to see a quick rundown on how G-Sync works:

It’s less of a comparison of one-versus-another and more like comparing having apples to owning an apple farm. You have V-Sync available on G-Sync equipped monitors, but that’s a redundant task and not needed if the G-Sync monitor is working as it should.

So, to review: G-Sync is a technology built into certain monitors. V-Sync is just an in-game setting that does some software work.

V-Sync, or Vertical Sync, is a technology that lowers the frames per second of a graphics unit to match the capabilities of your monitor. For example, if you’re running graphics on ultra settings and you’re getting screen tearing, V-Sync will only give you the max amount of frames your monitor can handle, regardless of how high quality it is.

In a nutshell, screen tearing is just a separation of visuals that occurs when turning the camera in-game. If you’ve ever played a PC game that was more graphically demanding than your system could handle, you’ve probably seen some screen tearing in real time.

V-Sync also works to prevent your GPU from changing anything within your monitor’s memory until it displays the whole frame once. This will make sure your image will not tear, however, you might get a lower quality visual than you were expecting.

No matter what your settings are, V-sync will always lower the graphics in order to match the refresh rate of your monitor. If you have a 144 Hz monitor, this isn’t that big of a deal because most games don’t need that kind of refresh rate.

If the video card you have can’t maintain that FPS though, it will start dropping to half that refresh rate, so a normal 60 Hz monitor will drop to 30 Hz.

If your GPU is particularly weak, then the FPS will drop even further to a quarter of the monitors capability, which will be a paltry and probably unplayable 15 FPS. Heavy-duty games like Red Dead Redemption 2 or Assassin’s Creed: Valhalla will utilize V-sync more than something a more graphically simple game like Fortnite.

For some games though, the option to turn on V-sync will not be in your best interest. First person shooters and games that require twitch reflexes to play (eSports games, especially) will not really be helped by V-sync, as graphical settings in these situations are generally turned down low.

Turning off V-Sync in competitive gaming is generally the best move and most games allow you to turn it on or off in their graphics menus. Even if there’s a little bit of screen tearing from time to time, performance will still be optimal with V-Sync off.

The Downsides to V-Sync

Depending on your GPU, the V-Sync option will cause your processor to start rendering at both 60 FPS as well as 30 FPS, depending on how much stress is being put on your computer by a particular scene that is playing out. If you’ve ever seen FPS jumps before while playing videogames, imagine that but literally doubled and you can imagine the headache that can cause.

In addition to this, input lag will become far more noticeable now as well. That means if you’re pressing a button or a key in game, there will be a slightly larger delay than before with V-sync on.

Note: If you play fast-paced or competitive games (especially first-person-shooters) we highly recommend checking out Fast Sync. We have a helpful full guide comparing Fast Sync and V-Sync.

If you’re trying to overclock your system, V-sync will give you a highly inaccurate depiction of your game going through a benchmark program which can become dangerous to your GPU or CPU since you’re going to be getting incorrect readings.

What is Adaptive V-Sync?

How G-Sync Replaces the Need for V-Sync

G-Sync is a variable refresh rate that’s based off the adaptive sync technology that adaptive V-Sync uses. It uses this system to adjust the monitor’s refresh rate to synchronize with the GPUs FPS. This technology will eliminate problems like screen tearing and input lag and instead will produce frame rate transitions that will happen so fast you won’t even notice the change in FPS.

You know the limitations of V-sync, so how about Nvidia’s answer to those problems? Enter G-sync.

Unlike V-sync, G-sync requires a certain pedigree of hardware to run and the general need is either a GTX 650 TI GPU for desktops, or a GTX 900M for laptops with built in G-sync displays.

On Nvidia’s site, there are variations available for G-Sync as well and, the more premium the experience, the more expensive the monitor will be.

G-Sync Ultimate is an even-more-improved, albeit confusingly named version of the tech comes with the guarantee that no screen tearing will occur.

At its best, G-Sync allows you get to the most out of both your monitor and your GPU with few negatives.

When trying to figure out which you need for your gaming habits, consider what kind of games you play before making that decision.

Are you playing the high-end titles with graphics that blur the line between reality and animation? Then V-Sync or G-Sync can be of a great use to you.

If you’re a gamer that plays mostly games that rely on lightning-fast reflexes and super-high frames per second to make your moves as fast as possible, then V-Sync and G-Sync will likely not be needed for you, though G-Sync has far fewer problems than the somewhat dated technology of V-sync.

So fear no more when you see the strange G-Sync option in all the top-of-the-line games. As long as you’ve got a good GPU and a good monitor, you should usually away avoid the option altogether.

Playing top of the line games on an older monitor however will often see screen tearing become an issue. The solution to your woes at this point would be to turn on V-sync and trade the screen tearing for some slower FPS.

Realistically, 30 FPS gaming isn’t a hindrance in many circumstances and can even provide a more cinematic and realistic movement than the 60 FPS ones. It all depends on what kind of gamer you see yourself to be. 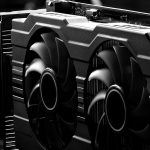 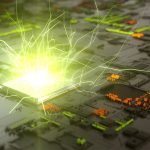