Wondering whether you should opt for 4 cores or 6 cores in your CPU?

This quick but comprehensive guide will tell you everything you need to know about how these two options perform all of the different tasks you may throw at them.

That’s the way-too-short answer and there are plenty of significant details that need to be covered. We’ll get down to the details to help you fully determine what you need.

The CPU, or Central Processing Unit, is your computer’s brain. It processes information, executes instructions, and facilitates everything from installing programs to browsing the internet.

Early CPUs only had a single processor—or “core”—so they had to process each task sequentially. As technology progressed, however, it became clear that single-core CPUs couldn’t keep up with the demands of new, increasingly complex applications, so companies like Intel and AMD started producing CPUs with multiple cores.

Most also use a technique called simultaneous multithreading to split physical cores into virtual ones—called “threads”—which further increases the number of tasks a CPU can handle at the same time.

More cores generally mean more efficient performance, though there are some exceptions. Some programs are better at using multiple cores than others, some are better optimized to leverage multiple threads, and older multi-core CPUs may perform worse than newer units with fewer, more advanced cores.

4-Core vs 6-Core for Gaming

A 4-core CPU will be fine for playing older games and playing at higher resolutions (at lower framerates). For everything else, though, you’ll want a 6-core CPU. Your GPU can’t perform all the necessary calculations itself, and you’ll want a CPU that can handle as many simultaneous instructions as possible.

Whether you’ll get more mileage out of a 4 or 6-core CPU will heavily depend on the games you’re going to play and how you want to play them. It’s a common misconception that your GPU is the only important part of your gaming rig, as your CPU still has to process all the instructions and tell the GPU what to do. Not even the most powerful GPUs can overcome the bottleneck of an underpowered CPU.

The type of games you’ll be playing is also very important to choosing a CPU. Games with lots of players or enemies onscreen at once like Total War: Warhammer 2 and MMORPGs benefit from having more cores available to process queries and instructions, and newer AAA games also use multithreading to spread the load across as many cores as possible. Older games, on the other hand, tend to utilize only one or two cores at once, so you won’t see much (if any) benefit from a CPU with more cores.

The last factor you should consider is whether you’d rather run games at higher resolutions or higher frame rates. Running a game at, say, 144Hz instead of 60Hz requires a CPU that can process lots of complex calculations very quickly, so you’ll want a CPU with as many cores as your games will support. Running games at high resolutions won’t require as many calculations, so a 4-core CPU with a high clock speed should do the trick.

4-Core vs 6-Core for Office Work

A 6-core CPU will be better for office work than a 4-core CPU, regardless of which applications you plan on using. You’ll be able to run multiple programs simultaneously with minimal impact on performance, power through complex calculations, and easily pivot between active assignments without having to close or reopen programs.

Many basic programs like word processors and internet browsers are single-threaded, meaning they’re designed to utilize only one core or thread at a time, so you should be able to get through basic office work with a 4-core CPU. Most 4-core CPUs can easily handle relatively lightweight programs like Microsoft Word, Microsoft Outlook, and Spotify, and often all at the same time.

A 4-core CPU won’t give you twice as much power as a 2-core CPU, but it let you run more programs at once and handle complex processes more quickly.

Having two more cores and up to four more threads make 6-core CPUs even better at multitasking than their 4-core brethren. Basic office work typically isn’t too CPU-intensive, but the additional cores and threads will let your computer run even more programs at the same time, as well as helping your computer process complex spreadsheets and managing more CPU-intensive productivity applications.

A 6-core CPU will also let you switch between open programs faster, perfect for juggling assignments on busy days.

4-Core vs 6-Core for Image Editing and Graphic Design

All else being equal, 4-core and 6-core CPUs should perform similarly while editing and manipulating images. Some software handles multithreading better than others, however, so it would be a good idea to check the specifications of your most frequently used software while you evaluate your CPU options.

That being said, a 4-core CPU will have more limited applications than a 6-core unit, so make sure you have a good idea of what you’d like to do with your new CPU before making your purchase. Many photo editing and image manipulation applications only support limited multithreading, so you won’t necessarily benefit from having more cores at your disposal. If you want to do a lot of image editing—especially if you want to add multiple layers of effects or work with high-resolution images—you’ll want to prioritize clock speed over number of cores.

4-Core vs 6-Core for Video Editing

Having a CPU with more cores will help you edit and render videos faster if you aren’t using a GPU, and it’ll still help you finish tasks faster if you’re using your GPU to handle most of the workload. While a 4-core CPU can probably handle some smaller, simpler video files, you’ll want at least a 6-core unit for anything more intensive.

Adobe Premiere and other video editing software require a lot of processing power, especially when you’re working with large, complex files. Having more cores available will let your computer spread out the workload and process more instructions simultaneously, meaning a 6-core CPU will complete its work faster than a 4-core CPU with the same specs.

Video editing software is so demanding that many users have opted to offload much of the work onto their discrete graphics processing units (GPUs). Getting a GPU is a great idea if you’re planning on doing a lot of video editing, but your CPU will still be a crucial piece of the puzzle. Encoding and decoding video consumes a lot of your CPU’s processing power, and an underpowered CPU will prevent your GPU from performing at its full potential.

4-Core vs 6-Core for Modeling and Rendering

A 4-core CPU with sufficient clock speed should be plenty for handling 3D modeling and GPU rendering. If you’re doing a lot of CPU rendering, on the other hand, you’ll want a CPU with at least 6 cores.

Like video editing applications, 3D modeling and rendering software require a ton of processing power, and many rely on GPUs for the bulk of the heavy lifting. Unlike video editing applications, however, more cores won’t always increase your computer’s performance. Whether you should choose a 4 or 6-core CPU depends heavily on which software you’re using and what kind of models and scenes you’re planning to design and render.

Take 3D modeling for instance. You might think that such complex tasks would benefit from multiple cores, but that isn’t necessarily the case. Hierarchy-dependent tasks like editing scenes and running a CAD workstation tend to only use one core at a time, so you should prioritize clock speed over core density.

If you’re planning on doing a lot of 3D rendering, your CPU choice will come down to whether your software of choice supports GPU or CPU rendering. A 6-core CPU will be better at CPU rendering than a 4-core unit, but a 4-core CPU might do just fine if you’re offloading most of the work to your GPU. Just remember that your GPU can’t handle everything; you’ll still need a powerful CPU to process.

Choosing a new CPU can be challenging, but hopefully this guide can help point you in the right direction. Before you make a decision, it’s important to figure out which applications you’ll be running and what you need your new computer to do. 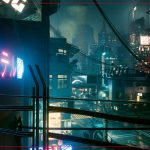