Wondering what undervolting really means, how to do it, or if it’s even worth it for your PC? We can help!

The short answer is that undervolting is the manual reduction of voltage to a CPU or GPU. Undervolting can be a good idea if you suspect the manufacturer overvolted a component or for benefits such as heat reduction, power saving, etc. Potential undervolting dangers include damage and instability.

There are lots of pros, cons, and special circumstances to undervolting. We’ll cover all of them, along with recommendations for whether or not you should consider undervolting.

We’ll also give step-by-step guides for undervolting with Intel, Amd, Nvidia, and all the major manufacturers.

P.S. – If you want to ramp your voltage and performance up instead of turning it down, check out our guide to overvolting.

You’re sitting at your desk getting some work done (or playing games, no judgment) and you hear a strange whirring sound. It’s your computer. The little fan in the back is going crazy all of a sudden. The side of your computer’s case is weirdly hot, too. What gives?

Every computer and most electronic devices need a few components to work. The hard drive stores data like programs and documents, the RAM stores data temporarily for fast access, and the motherboard links them all together. At the head of the pack, however, are the likely culprits of the hot computer mystery: The central processing unit (CPU) and/or the graphics processing unit (GPU).

The CPU is the brains of the operation. It’s responsible for interpreting and executing instructions, installing and running programs, and bossing around all the other components.

CPUs are crucial to just about everything that goes on inside your computer, and their workload can get pretty intense: They can process millions, even billions of instructions per second. You’d probably get a little overheated every once in a while, too.

The GPU is the CPU’s right-hand man when it comes to rendering graphics and running games. It won’t see much use when you’re just messing around on the internet or working on spreadsheets, but it steps into the spotlight when you boot up a game, start editing videos, or doing just about anything related to graphic design or 3D modeling. So while your CPU calls the shots, your GPU is the one who does the heavy lifting that the CPU can’t handle on its own.

Your CPU and GPU can process billions of instructions per second, and they use a little bit of electricity every time they do. Not all of the electricity is converted to useful work, however, and tiny bits of it leak out in the form of heat.

The amount of heat leakage would be nigh undetectable if your CPU or GPU were only doing one, ten, or a thousand actions, but things heat up pretty quickly when they’re working at full speed.

Some of this is unavoidable—no system is perfect—though not all of it.

Heat leakage isn’t the only reason CPUs and GPUs get toasty. See, manufacturers assign a recommended voltage level to each model, which would work great if every CPU and GPU were identical to their siblings. Unfortunately, however, that isn’t necessarily the case.

You already know that CPUs and GPUs vary greatly from model to model, but you may not know that that’s also true for units of the same model. Defects in the fabrication process, slight differences in the machines used to produce the chips, and even variance in material quality can all affect the performance of CPUs.

That means two seemingly identical units made in the same factory on the same day could differ significantly in terms of performance, durability, and voltage requirements. Manufacturers are well aware of this variance, so they typically set desired minimum benchmarks that a big enough percentage of their CPUs and GPUs can hit.

This so-called “silicon lottery” means that the numbers on the box are the minimum a CPU or GPU can hit, not the maximum, and that there’s a good chance your individual unit is capable of reaching higher speeds, lasting longer, and even requiring less electricity than its siblings from the same line.

So in other words: your CPU and/or GPU may not need as much electricity as its manufacturer recommends. And in other other words, that extra electricity may be what’s causing your CPU or GPU to overheat.

If you think this is what’s going on with your computer, you may want to try undervolting. It’s pretty much exactly what it sounds like: Undervolting is a process that lets you manually reduce the voltage going to your CPU or GPU if you think the manufacturer’s recommended voltage is too high.

Undervolting is relatively easy to do (if somewhat time consuming) and it can have some serious benefits.

The Pros & Cons of Undervolting

Undervolting may or may not be right for you or your computer. Many newer CPUs automatically adjust their voltage, for instance, so a manual adjustment wouldn’t make much (if any) difference. It can also be a bit intimidating the first time, and there technically is the chance (albeit a slim one) that you could damage your computer if you accidentally overvolt instead of undervolt.

That being said, there are a few situations where undervolting would be a great idea.

If you have a laptop—especially an older one—that gets really hot and/or constantly runs its fan, you may have a prime candidate for undervolting on your hands. Reducing the power going to your laptop’s CPU or GPU could have several major benefits.

You may also want to undervolt your CPU or GPU if you have a desktop with a small form factor case for many of the same reasons. Though it obviously won’t improve battery life, undervolting may help reduce heat generation, fan noise, and wear on internal components.

And while small form factor desktops are more likely to suffer from overheating, you can reap many of the same benefits in any desktop with a CPU or GPU that’s prone to overheating.

So now that you know what it is and why you’d do it, it’s time to learn how to undervolt.

There are a couple of different approaches to undervolting. The first (and significantly more difficult) approach is to adjust your computer’s BIOS via its motherboard. It’s a delicate, time-consuming process with a lot of trial and error, so it isn’t recommended for most users.

The second (and more reasonable) approach is to download one of a few different utilities that will make the process much easier. Here are a couple of the better options and a quick breakdown of how to use them.

Note: If you’re going to be tinkering with voltage, it’s also a good idea to familiarize yourself with EDC.

Intel Extreme Tuning Utility (Intel XTU): This is probably your best bet if your CPU was made by Intel. The software is safe, compatible with a long list of processors and Windows versions, and provides access to a bunch of settings that you otherwise couldn’t access or tweak.

Intel XTU’s array of settings and options may seem daunting, but the good news is that there’s only one setting you need to bother with: Core Voltage Offset.

How to Undervolt with Intel XTU

Intel XTU only works for Intel processors, of course, but that doesn’t mean AMD users are out of luck.

AMD Precision Boost 2 is available for all AMD Ryzen and Ryzen Threadripper 2000 Series processors (plus all newer processors). This tool makes undervolting as simple as possible by automating the process entirely.

AMD Precision Boost 2 will automatically analyze conditions inside your computer and make adjustments on the fly, perfect for people who don’t want to go digging around in their BIOS and spending hours testing new configurations.

That being said, however, you may still need to go dig around your BIOS and adjust the settings if your CPU is too old for AMD Precision Boost 2 or if you feel like Precision Boost 2 isn’t working well enough.

Undervolting your GPU is trickier than with your CPU. It isn’t recommended for NVIDIA GPUs older than the 10 series, and you may void your warranty if you decide to mess with the voltage settings. If you still want to do it though, here are the best ways to undervolt NVIDIA and AMD GPUs.

MSI Afterburner is your best bet for undervolting NVIDIA GPUs. The interface lets you set a temperature limit, which can be helpful, but you’ll need to go under the hood to actually adjust the voltage.

How to Undervolt with MSI Afterburner

Undervolting AMD GPUs is way easier than NVIDIAs, and you don’t even need to download any special software.

How to Undervolt with Radeon Wattman

Undervolting can be a big help for older CPUs and GPUs. Reducing the amount of electricity flowing to those components can reduce heat generation and improve the lifespan of sensitive parts, and it won’t even have much effect on performance if done the right way.

Undervolting can be technical and time consuming, but if you follow this guide (and do some more research on your own) you’ll be just fine. 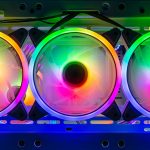 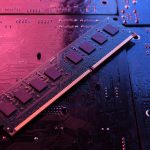