Wondering if it’s worth it to add a side monitor to your PC setup? Or maybe you’re wondering what kind of dual-monitor setup will work best for you?

Side monitors are almost always worth the extra cost, so long as your PC’s hardware can handle the extra output. Whether gaming, working, or just browsing the web, a second monitor adds a ton of options for organization and general quality of life improvements.

This quick guide will cover everything you need to know to determine if a side monitor is a worthy investment for you, along with a quick how-to on setting one up.

Note – This guide is specifically for side monitors, not stacked monitors. If you’re considering stacked, take a look at our guide to the pros and cons of vertically stacking monitors.

Side Monitors for Gaming

Utility is also important. For the longest time, gamers really only had to worry about one screen. In arcades or at home, the videogame experience was perfectly translated through the use of just one screen.

However, when MMOs and similar games came to the gaming world, all of a sudden our screens were cluttered beyond belief. It was nearly impossible to tell what was happening on screen because of the cluster of doom that appears in the majority of MMO games.

Because of that, the concept of linking two screens together came to the forefront. In addition to MMO games, Real Time Strategies also routinely require endless amount of resource management and the ability to see large parts of the map all at one time benefit greatly from stretching the action to two screens as well.

Some games are set up to have certain parts of the screen be specific to whichever monitor you prefer and these are generally the games that are more commonly used with multiple monitors connected.

The option to use two monitors is available with pretty much any game as long as you are connected properly, but it often isn’t as effective if the developers didn’t take multiple screens into account when designing their games.

Once you get a multiple screen up and running though, you will have a uniquely organized experience and, although people will just suggest you get a bigger monitor to begin with, that actually doesn’t have the same effect. Games that utilize multiple screens give you a very different field of view compared to a bigger singular monitor.

Another good reason for having multiple monitors as a gamer is that you can have two monitors with different visual quality and refresh rates. We have a guide specifically on the pros and cons of doing running this kind of setup. It’s definitely something we recommend for many gamers.

For example, your main monitor might run at 60 Hz, which is very common. However, this isn’t really ideal for most of the modern and graphically demanding games. Having a second monitor with a 144 Hz (or higher) display would remedy this and you could keep it completely separate from the primary monitor.

This can also work very well if you are stuck in a particular game and need to simultaneously look at a guide, a map, or a walkthrough video. You can have your game up and running on one screen while having your accessory content on the other. This way, you won’t have to worry about the hiccups that come from tabbing in and out of a game window.

Lastly, when playing multiplayer games, there is often a text chat available. Some games will let you place this text chat on an entirely separate screen and this declutters the game screen immensely and keeps your communication on a separate monitor while the action goes down much clearer than before.

Side Monitors for Work

Depending on your job, it is very possible that your screen is just flooded all day with a combination of websites, programs and spreadsheets. Normally, work computers are built well enough to handle that many tasks on a screen, but that doesn’t mean that they’ll look tidy doing so.

With two monitors connected, you can either choose to use them as one big connected monitor, or split them up and have each monitor act individually which would allow you to have entire new screens on the other screen as opposed to one extended one. This is a particularly useful setup for people who write based on research and are constantly referring to other sources in between doing their work.

A two-monitor setup also negates the need to minimize and maximize and lessens the chance of you accidentally exiting programs that you forgot to save on or other common hazards that can come up with working with a computer.

These days, with the exploding number of people working from home, this can be the ultimate solution to the dreaded Zoom calls that often take up your entire screen. Instead of having to minimize your work to prioritize a face-to-face meeting, put your zoom meeting on one monitor and leave your work or whatever else you feel like looking at on the other.

Considering Zoom is a massive part of the work world now, this should make a world of difference if you are at a company that utilizes them regularly.

How to Set Up A Side Monitor

If you have decided you fit into one of the above categories or maybe you just want a side monitor setup for watching movies while you play games or some other random tasks, the set up to do so is actually quite simple.

First off, we need to connect the multiple monitors. That is basic knowledge at this point, so just copy the connection your initial monitor has and you’re all set here.

Then, we are going to go to the Start Menu and select “Settings”. From here, we select “System” and then “Display”. At this point, your PC should be detecting both monitors. If you don’t see both connected, recheck your connection and then select detect.

Now we are going to find the multiple displays section and select an option from that list that determines whether your screen is going to one long screen or two separate ones.

After you have done this, select to keep changes and you will be good to go.

Keep in mind that you can change the resolution of your monitors on this page as well. You generally want to keep these at the same resolution unless you are using one for gaming or movies specifically.

Again, consult our guide to running multiple monitors with different refresh rates if you opted to go that route.

While not everyone with a computer will ever really have the need for a second monitor, there are a a number of users who can get a lot out of the less cluttered and far more organized strategy of using a side screen.

After all, would you rather work with a desk that is covered in papers or a desk that has those papers neatly stacked to the sides of you, allowing you to decide when you want to use one stack vs. another.

This is essentially the experience that can be yours with the purchase of a second monitor and with all the focus on work from home these days, organization is just as important at your home as it is in the workplace.

For gamers, lets be honest, you probably don’t need a side monitor, but if it is your dedication to best the best in a particular game, or you feel your current screen just is not big enough for all the action on it, then a side monitor will help get rid of the constant chaos that can fill your screen. It will also help your mid-game multitasking.

As with most computer add-ons, a side monitor is generally not going to be cheap if you want anything of respectable quality, but that doesn’t mean it won’t be a worthwhile investment as it can really be beneficial when put into the right hands. 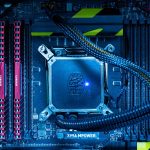 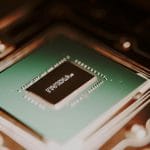