Most users will find that they really only need one monitor, but for some people (gamers and office workers alike) two or more monitors might be the preferred method of day-to-day function. While it isn’t the standard setup, there are plenty of reasons why a two-monitor setup makes sense.

There are plenty of benefits, but it’s possible for problems to arise due to the the inherent differences between the two refresh rates. This is guide will tell you everything you need to know about this setup and what to expect when running it.

If you are purchasing a second or third monitor, it might make sense to you to get all the same type in terms of size and resolution, but sometimes, this isn’t the best option. The reason for this is different monitors excel at different things. For example, 4K monitors give you an incredible image, but the in terms of gaming, the experience will look better, but run worse than a 144Hz monitor might.

P.S. – We have a guide specifically covering 144Hz vs 4K monitors. If you’re on the fence about which option makes the most sense for you, definitely check it out.

Double P.S. – We also have a guide to the pros & cons of 144Hz, high refresh rate monitors in general.

Because of this, you might want to specialize one monitor for one task and another monitor for another.

Some monitors run movies better than others for example, so if you rely on your computer for your movies and TV show watching, this would be a reason to get a specialized monitor for movie watching.

Some people use three monitors, surprisingly enough, with one being for work, one gaming and one for movie watching. It all depends on how much activity you plan to get out of your computer.

Despite having plenty of useful uses, there are of course few issues to keep in mind when running monitors with different refresh rates.

When running multiple monitors at once, your graphics card and CPU as a whole will likely start running far hotter than it was with just one. The reason for this is you are drawing more power from your system to support the extra screens now and if those screens are more powerful than your standard 60Hz monitors, the stress on your system will be palpable.

Another issue may arise when playing video games on one monitor while trying to watch videos or use other programs on the other. While this is fully doable, it can cause frame rate drops in the games you are playing and that is because you are putting an enormous load on your graphics card to visualize not only two screens, but also play a possibly top of the line video game while performing other tasks.

In addition to these obvious issues, there is another that can be quite problematic as well.

Let’s say you are running two different monitors, one with a 60Hz display and the other with 144Hz display. Occasionally, your more powerful refresh rate might get downgraded to your lower one, which, when gaming, can cause all kinds of issues like frames per second being lost as well as possible crashing if the game is just too demanding to be rendered on this screen.

This is only a problem for NVIDIA graphics cards, AMD cards are unaffected and unfortunately if you only have the latter option available, the only solution is to get two monitors with the same exact resolution.

Here’s a good video that digs further into this issue specifically when dealing with NVIDIA cards:

When moving things from one screen to the other while using screens with different refresh rates, you also might notice that things get a bit warped size wise between them. The reason for this is when you are switching between screens, they have to adjust what is being carried from one screen to another and this creates a warping effect.

While varying refresh rates aren’t extremely noticeable when being used totally separate from one another, when using them side-by-side, the effect can be awfully jarring (and sometimes even quite sickening), so you don’t want to be shifting from one to the other that much if you can help it.

To solve any issues between the two monitors, you can either try running just one at a time to suit your needs, or customize the resolutions yourself in the settings menu so that both displays are running at the same refresh rate.

The issue with certain monitors having capped frame rates beside the one they are connected to has to do with Windows and its failure to handle two displays properly, so the best option is to take 144Hz display down to 120 Hz. However, this effectively renders buying a 144Hz monitor fairly pointless to begin with.

Depending on the size of your monitor and the game being played, you can get a ton of clutter on screen and while some games might have relatively clean displays.

When playing MMORPG games such as World of Warcraft or Real Time Strategy games like Age of Empires and StarCraft 2, the on-screen presentation can get beyond cluttered and it starts to be impossible to understand what is going on. To remedy this, we can set up a multi-screen presentation instead.

One thing to consider when gaming with multiple monitors though is that not all games support a two-monitor setup. This is actually the norm and more games do not support this setup than do. Games like World of Warcraft generally do though as they are the most obvious candidates to benefit from this type of setup.

Once you know your game supports it, then you will find little issue getting them going. The way to get the screens working for one screen is to go to the settings menu and go to display. Here, you will see both of your displays listed where you can select the resolution of each. If you are going to be using this for gaming, it is ideal you use the same resolution of both screens.

For live streamers in particular, this is extremely helpful as they have to constantly interact with their viewers all while playing games for hours on end. This means no more worrying about having to pull up the chat screen separately which would usually pause the movement in game in the past.

Note: We’ve had questions about running two different GPU’s for two different monitors and we cover that topic in a separate guide.

The other reason to run multiple monitors is for work purposes. Many jobs involve the accessing of multiple programs at once and if you have ever been in an office setting before, you know that while the computer setups might be nice, they generally aren’t equipped with massive computer screens and often the number of programs and websites needing to be opened at the same time overwhelms the screen pretty fast.

With multiple monitors though, you can spread your work out across two or even three different screens and this way you can organize your work into a far more digestible manner.

Since the mandate of working from home was implemented worldwide, almost all business has taken place via a computer and, if that is the case for you, you have likely had your fair share of Zoom or Skype conversations. With multiple screens, you can actually see who you are talking to and not have to settle with talking to one little floating head at a time.

Using two monitors is an easy thing to do that becomes slightly more complicated when the monitors have different refresh rates.

If you are in need of multiple monitors for multiple uses though, you have no option but to try it out. The differing refresh rates could potentially present issues from time to time, but you’ll be just fine more times than not.

At the very least, it’s a good idea to buy the same size monitors if you can so things don’t get too warped when switching from one monitor to another. 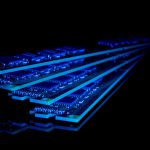 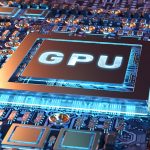