Looking into 144Hz monitors and wondering about the pros and cons? We’ve got you covered!

While some people may overlook the importance of a monitor, it is one of the most crucial things dictating how well your games and media perform. Even if you have a top-of-the-line gaming PC, it won’t mean anything if you don’t have a solid monitor to project it properly.

Luckily, we have plenty of options to accomplish this and one of the most popular is the 144Hz monitor. Nothing is perfect though and with every monitor, you’re likely going to be making certain compromises.

This guide will cover everything you need to know about the benefits and drawbacks of using a 144Hz monitor for your setup.

A “144Hz” distinction in a monitor refers to the refresh rate the monitor. This means that the image on screen will refresh 144 times per second (frames per second or “FPS”) before that frame is seen on the display. 1 Hertz is equal to 1 frame per second and 144Hz is more than double the “standard” monitor refresh rate of 60Hz.

There are plenty of monitors that faster than 144Hz, but 144Hz is definitely the most popular high-frame-rate monitor range due to its affordability, availability, and lower PC requirements.

With a 144 Hz monitor, you get a device that can handle any high frame rate (up to 144Hz, of course), as long as your GPU is capable. It offers incredibly smooth visuals and fast response. Motion blur and strange blurring effects common to 60Hz monitors are also eliminated.

These monitors almost always come equipped with additional technology like G-sync or AMD FreeSync which allow for optimal input performance in gaming.

If you’re a competitive gamer, you get a big edge here because your inputs will be instantly reflected on screen while folks with lesser monitors will be dealing with a slight bit of delay.

Take a look at this side-by-side comparison to get an actual real-life look at how much a 144Hz monitor can improve gaming:

Note that this video also shows 240Hz. If you look closely though, you’ll notice that the largest perceivable difference comes from the jump from 60Hz (standard monitor refresh rate) to 144Hz. 240Hz is still a great option, but your eyes won’t notice 144Hz vs 240Hz nearly as much as they will notice 144Hz vs 60Hz.

Note: The next step up from 144Hz is a 165Hz monitor. We have a standalone guide comparing 144Hz and 165Hz, so definitely check that out if you are looking to squeeze out a little more performance.

Despite all the gushing we’ve done to this point, there are drawbacks to the 144Hz monitor.

Price is the first drawback. While you can find affordable 144 Hz monitors, they are significantly lesser in quality than the more expensive models. The reason for this is the usage of TN panels. These are lower quality panels that come with several shortcomings.

The speed of a TN panel is on-pary with the most expensive models, but they have poor color reproduction. This means that if you’re expecting a vibrantly colored experience, you’re going to be left wanting as the colors on these monitors come out very pale and faded.

TN panels also have poor viewing angles when compared to other panel types.

The other issue with 144Hz monitors is the frame rate usage itself. While it can support 144 frames per second, that completely depends on your GPU. If you have a weak GPU, the most expensive 144 Hz monitor in the world won’t let you get very high frame rates.

This means that, if you’re going to get a 144 Hz monitor, you’re already going to have fork over a sizable amount of cash for a high-powered GPU.

Even if you have a great GPU, you’re going to have to make some compromises to get these crazy high frame rates such as toning your settings down a bit to move at that speed.

While you can find affordable models with VA panels (which run pretty well and get rid of the color/viewing angle issues of TN panels), the response time is a bit slower than higher-end models. This can result in motion blue and slightly lesser input response time as well.

Why 144Hz is Good for Gaming

144Hz monitors are extremely helpful for fast-paced, competitive games that benefit from faster response times. The higher the frames per second, the smoother and faster the visuals being seen by the user will be. Consider 144Hz to be the minimum for competitive gaming.

If you’re a serious gamer, you’re likely going to have a pretty high-quality GPU. The problem is that not all monitors are up for supporting the crazy visual you require to run your graphical monstrosity. 144Hz monitors get rid of that issue by giving you the capability to run games at 144 frames per second.

In addition to being able to run games at a nearly limitless frame rate, you also alleviate several problems that plague PC gamers on a daily basis.

Ghosting, especially, will generally be all but completely alleviated with this monitor.

If you’re confused as to what exactly ghosting actually looks like, here’s a good example of severe ghosting happening on a monitor:

Ghosting is essentially when you move too fast in game and the result is an after image left by your monitor, creating a ghostly effect. This happens because your monitor cannot keep up with the action on screen and, in response to your lightning-quick movements, it essentially “glitches” and leaves a doubled image.

What Users Will Benefit Most from 144Hz?

If you use your computer to watch videos, then a 144Hz will make a huge difference to you as it will cut down on any screen flickering as well as upping the original frame rate. The result will give a “soap opera” effect that is generally available on most modern TV’s, though a lot of people do not enjoy this effect and choose to keep the frame rate as it originally was instead.

If you’re a gamer, that’s where the real value in this monitor comes to fruition. Gamers will be able to handle much higher frames rates and play at the highest settings as long as their GPU can support it. To add to that, there are also gaming modes built into the monitor to give the most ideal performance and visuals possible for different scenarios.

Simply put, if you’re the type of gamer who idealizes fast frame rate and smoothness over pure graphical aesthetics, then 144Hz monitors are for you.

Competitive gamers are the biggest target here. Think eSports gamers such as Fortnite players, Call of Duty players, CS:GO players, League of Legends players, etc. Fast-twitch reflexes demand a monitor that can follow the leader without stalling and that’s exactly what the 144Hz monitor will do for these users.

How to Know What Monitor to Choose

Nowadays, the biggest monitor decision to be made is usually going to be whether you want 4K or 144Hz. Sure, there are monitors that are 4K and 144Hz, but they cost an arm and a leg and aren’t a logical choice for the vast majority of consumers.

P.S. – We highly recommend taking a look at our standalone comparison of 144Hz vs 4K Monitors. It’s a direct head-to-head comparison that will help you decide exactly which option makes the most sense for you.

If you’re the competitive gamer, you usually won’t care too much about the brightness of colors and detail achieved by 4K. You’d rather turn your settings down anyway so that your lightning-fast input response and on-screen action give you the competitive edge.

If you’re not the competitive gaming type, but rather you enjoy RPGs with massive, sprawling stories and landscapes to explore, then a 4K model with a lesser input response time (4ms is a pretty common one) but far superior visuals might be the way you want to go.

For those willing to really reach into their wallets though, there are options available for monitors that are 4K with 144Hz refresh rate and when you go with one of these, all the compromises disappear and you’ve reached gaming perfection.

If you’re in need of an upgrade in your monitor because you’re sick of ghosting effects, motion blur, and delay in your input being reflected on screen, a 144 Hz monitor will be your best friend. Especially if you’re big into competitive eSports-style gaming.

If you’re looking for the top-of-the-line visuals though, there are other options such as the 4K monitor that might suit your gaming needs a bit more effectively. 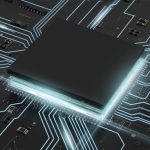 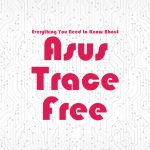