Wondering what Asus Trace Free is, how it works, and whether or not it can improve your gaming monitor performance? We can help!

Have you ever been playing a triple A quality title on your PC and turned the camera just a bit too fast, only to the see a strange image left behind from some of the objects your camera passed?

This strange phenomenon is known as ghosting and in the PC gaming world, it’s a big annoyance as it can visually ruin your experience if the effects become too severe.

While many monitors are available these days that have incredibly high-quality screens, there are still some that deal with ghosting and that’s because the monitor cannot keep up with the image its being asked to produce at the speed at which your controlling of it dictates.

Motion blur usually helps mask this effect, but sometimes that isn’t even enough and if the graphics are too high and you’re moving in game at high speeds, this after image effect can happen anyway.

Luckily, Asus Trace Free monitors exist to help nullify that problem and as one of the most reliable names in the PC world, Asus comes through yet again with this fantastic innovation.

What Does Trace Free Do?

Trace Free exists on Asus monitors as a way to eliminate all ghosting from your on-screen image. You’re given a slider to control this though and that is where things get slightly complicated. While the higher the setting, the less ghosting you will see, the other side of the coin is that it may also cause artifacts to appear.

Here’s a very simple demo of Trace Free in action:

Although ghosting is an annoyance, artifacts can completely ruin a gaming experience if there are too many of them appearing. With the slider, you can change it by increments of 20 with the default being 60. As you go lower, the screen will begin to lose more and more detail until you are left with a dull blurry mess, so that’s generally not the way you want to go here.

As you go higher, things can get sharper and more detailed, but if you push it too much, that’s when the aforementioned artifacts begin to rear their heads.

So what do we do here to find the common ground?

How Does Trace Free Work?

Asus Trace Free setting works by using a process called Overdrive. With Overdrive, you get a better response time from the pixels in your monitor which means that they will speed up to try and keep up with images that are required by the particular game that you’re playing.

At the highest setting on Asus Trace Free, you will be bumping the Overdrive into the stratosphere which will work in getting rid of ghosting. Because you’re amplifying the pixels to such a high degree though, another issue known as the Corona Effect might begin to happen which gives any moving object a strange halo like effect around them.

Ghosting in the gaming world happens whenever the display you have (monitor) cannot keep up with the actions that happen on screen. For example, if you are not moving in a game or moving at a normal pace, the likelihood of ghosting happening is very small. Once you pick up speed though and start moving around a lot, that is when your monitor can fall behind the action on screen.

In order to figure out if your monitor is going to suffer the same fate as many before it, you can go and actually do a test that shows you whether you have a ghosting problem or not.

This simple browser-based test (here’s a link to it) shows you a UFO that is moving and, if your monitor isn’t prepped properly, you will see that ghosting image happen. From here, adjust your Asus Trace Free settings until you see the ghosting effect disappear and you should never have a problem with ghosting after images again.

Is The Corona Effect The Same as Ghosting?

Two of the most known effects that can happen in gaming are the ghosting effect and the Corona Effect. Strangely enough, neither is usually caused by your graphics card.

With the ghosting effect, you will see the leftover images that your monitor struggled to produce in time for you to turn away from it.

With the Corona Effect, you’re going to see the edges on fast moving object become hard to even look at because of the halo effect coming from them.

Both are not particularly serious issues, but definitely qualify as major inconveniences in the gaming community. Luckily, both can often be solved by tinkering with the Asus Trace Free settings.

How to Use Asus Trace Free

On any modern Asus monitor, there will be a setting on the monitor itself to turn trace free on. While some monitors have Overdrive options, Asus generally should have the trace free option.

If you’re not experiencing any ghosting while you’re playing, then this won’t be necessary at all.

Usually, ghosting will happen more frequently in games that require more graphic horsepower to run, so in games like StarCraft 2 and League of Legends, you usually won’t see this effect come into play all that often.

Games that will suffer from this most are the ones with the best possible graphics such as Horizon: Zero Dawn, Red Dead Redemption 2 and Cyberpunk 2077.

While ghosting is annoying, it will rarely completely ruin your gaming experience. Some players won’t even notice it unless they are looking carefully.

As we well know, Asus is far from the only maker of monitors out there these days, so what do the others do when the ghosting effect comes to mess up their gaming experiences?

Some monitors have the ability to alter their refresh rates, and while this can improve the quality of the image you’re seeing on screen, it rarely gets rid of the ghosting effect. What we can do instead is to try and figure out what is causing the issue.

Other Ways to Eliminate Ghosting

If ghosting is an ongoing problem for you and you’ve tried Trace Free, try these options.

Through tinkering with the settings your monitor has, you should be able to synchronize the refresh rate and response time so that you get the best performance possible. Each monitor has several settings that will allow you to match these two. In settings, you will find an option to see your display, here you should change the response time in coordination with the response time of your monitor. If your monitor is a 60 Hz monitor, select 60 for the refresh rate and it should get rid of any lingering ghosting affects you still have.

It may seem too simple to actually work, but by ensuring you have a good connection with your monitor, you can fix the ghosting issue. Sometimes, monitor cables get tangled up and this can cause interference with the signal required by the monitor which can sometimes cause ghosting on your display. Try keeping them all separate from one another or even replacing them if you see any damage.

Look for the AMA setting

If you’re still having issues, check your monitor settings for something called the AMA setting which stands for Advanced Motion Acceleration. There should be several options here such as high, low and limit completely. Changing these might just get rid of the ghosting effect because the setting exists so that your display is sped up intentionally to be able to keep up with the images on screen.

Obvious we know, but if your monitor just simply won’t lose the ghosting problem, maybe it is time to buy a new one.

When buying the new monitor, why not try one with Asus Trace Free? It is specifically created to solve the problems of ghosting in games, so you might as well try it out and see if that fixes your issue, especially if you’re sensitive to ghosting.

Having the ghosting effect happen on your monitor might initially seem like a reason to panic, but if you have Asus Trace Free at your side, you should be able to fix the issue in minutes.

While monitors vary in quality, Asus gives you a bit of a guarantee that it will prevent this annoying problem from happening to you while gaming.

Other monitors have similar options as well in the form of overdrive, but the effectiveness comparatively is limited considering Asus has done so much as to even create a name for their specific brand of Trace Free.

If you are still having issues even with the Asus Trace Free setting, the above suggestions might finally rid you of that annoying ghosting problem and get you back to the gaming experience you expect. 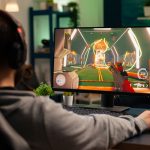 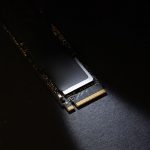