Trying to figure out how 144Hz actually compares to 165Hz? We’ve got you covered!

Gaming has come a long way since the days of CRT TVs and sub-30 frames per second (FPS) gameplay. Nowadays serious gamers will scoff at PCs, consoles, and monitors that run at 30, 60, even 75 FPS, which probably helps explain why you’re deciding whether you should go for a monitor with a high refresh rate.

Can anyone even tell the difference between 144Hz and 165Hz? Does 165Hz give you a significant competitive gaming advantage over 144Hz? What kind of hardware do you need to run these frame rates?

We’ll cover everything you need to know in this quick guide.

The primary difference between 144 and 165Hz is 21Hz, or the potential to display 21 more images per second. That’s an increase of 14.5% over 144Hz. How much of a difference that 14.5% will make depends heavily on how perceptive you are and how frequently you play at high framerates.

An untrained eye may not notice any difference at all between 144 and 165 FPS, and some users even claim they can’t tell the difference between anything above 120 FPS. You’ll also experience diminishing returns with each additional FPS, a phenomenon that becomes pretty obvious when you look at the math behind it.

Take a look at the time it takes to display a frame for different refresh rates:

All that being said, you will experience a small improvement in gaming performance. The improvement may be all but imperceptible, but that 21 additional FPS will make movement and camera panning seem smoother, further reduce or even eliminate x-axis blur, make your controls feel more fluid, and generally make games look and feel more immersive.

Take a look at this Youtuber’s awesome side-by-side comparison of 144Hz vs 165Hz. It’s an accurate representation of what is actually happening within the 21-frame difference:

While the improvement from 144 to 165Hz obviously won’t be as drastic as the jump from 60Hz to 144Hz, any competitive gamer will tell you that every little bit helps when you’re approaching the top of the leaderboards.

Hertz and Frames: What Matters & What Doesn’t?

Refresh rates are an important aspect of monitors’ performance. See, the videos or games on your screen don’t actually move, your screen just creates the illusion of movement by displaying a bunch of different images in rapid succession.

Speaking of FPS, you may be wondering what it is and how it’s different from refresh rates. It’s pretty simple. FPS refers to how many frames your computer is rendering per second, while refresh rate refers to the maximum number of frames your monitor can display per second. This distinction is more important than it seems.

You ideally you want your computer’s output to match your monitor’s refresh rate, as otherwise you may experience screen tearing and, worse, you’ll be underutilizing your PC.

There’s no point in having a monitor with a refresh rate of 144Hz if your computer can only hit 60 FPS, for instance, and there’s even less point in rendering 144 frames per second if your monitor can only display 60 of them.

So now that you know 165Hz is slightly (but still measurably) better than 144Hz, let’s talk about the kind of hardware you’ll need to run games at 165 FPS without turning the graphics settings down so low that it looks like you’re playing a PlayStation One game.

As you probably know, there are ASDFD different components involved in building a computer to pump out good FPS on high refresh rate monitors. We’ll cover that in this section, since that hardware is equally important to achieving the max framerate your monitor can handle, whether that’s 144Hz or 165Hz.

If high framerate gaming is what you’re going to want a monitor with a refresh rate of at least 144Hz or 165Hz (this article is even being edited on a 244Hz monitor), but you also want to make sure its response time is low enough to keep up with your lightning-fast inputs.

For the sake of a definitive answer, we’re going to go ahead and recommend that you opt for 165Hz. There’s really no reason to choose 144Hz over 165Hz, unless your hardware is already so strained that even the smallest increase in frames will have a significant negative effect.

Note: You may have to temper your expectations a bit if you’re heavily focused on resolution: The limitations of current HDMI and GPU technology make it impossible to play in 4K or 8K at 165 FPS, so you’ll have to settle for 1440p at the max.

If you’re confused about whether to choose a high resolution monitor or high frame rate monitor, definitely check out our guide that covers that specific topic in-depth. It covers everything you need to know to understand what matters and what doesn’t, including monitor size, input lag, etc.

Back to the monitor recommendations:

First up: The 32-inch Dell S3220DGF curved monitor. This one checks all the boxes. 165Hz refresh rate, Quad HD (1440p) resolution, an okay 4ms response time (check out our guide to whether or not a 4ms response time is good enough for gaming), and a large, curved panel that looks cool and gives you a wide view of the battlefield. This is a good choice if you want high refresh rate, but aren’t chasing the bleeding edge of response times.

Next: The 27-inch Pixio PX277 Prime. This one is a bit smaller, but its 165Hz refresh rate, native 1440p resolution, and fast 1ms response time more than make up for the smaller, flatter screen. 27-inch monitors are also more suitable for truly competitive gaming than 32-inch.

The pure framerate performer: The 24-inch Asus VG248QG boasts 165Hz and a lightning-fast 0.5ms response time. 24-inches is without a doubt the most common monitor size used by eSports professionals. Picture quality and viewing angles won’t blow your mind on this TN panel monitor, but that’s not what matters if you’re just looking for an eSports workhorse.

Here’s where it gets real. You probably know this already, but the graphics card is what gives your PC the power to render dozens or hundreds of frames of detailed gameplay every second. A graphics card is basically a secondary brain for your PC designed specifically to handle video, animation, images, and almost everything else that goes into running video games.

Running games at 165 FPS is no easy feat for some rigs. Most run-of-the-mill computers can’t handle it, and even some relatively high-end GPUs will struggle to maintain 165 FPS at a reasonably high resolution.

At the very highest end, NVIDIA’s GeForce RTX 3090 delivers more than enough power to run most games at 165+ FPS at 1440p, though its steep price tag is a serious drawback.

You may be able to get by with an older or less-powerful GPU, but make sure you do your research before you pull the trigger.

The CPU, or central processing unit, is basically the brain of your computer. And while your graphics card will be doing most of the heavy lifting when you’re gaming, your CPU still plays a critical role in achieving a steady 165 FPS. An AMD Ryzen 5 5600x will provide you with more than enough power to game like a professional, though a midrange Intel i5 processor like the Intel Core i5-10600KF will work just fine. You don’t need a top-of-the-line CPU, you just need one that’s good enough to handle everything you’re going to throw at it.

While not very important from refresh rates, having adequate RAM helps your computer run smoothly and manage multiple programs at once, and not having enough RAM will slow your PC down to a crawl.

You’ll want at least 16GB of RAM if you want your computer to perform well, and you can’t go wrong with some high-performance RAM like the TEAMGROUP T-Force Xtreem ARGB 3600MHz 16GB kit, or even a 32GB model like CORSAIR’s DOMINATOR PLATINUM RGB 32GB DDR4 3200MHz C16 memory kit. You may not need all 32GB, but it’s better to have too much RAM than not enough.

RAM is one area where you can save some money with smart shopping. You usually don’t need to pay for a premium for flashy aesthetic RAM unless you have an clear PC case and want to show it off.

While your hard drive isn’t much of a factor on your framerate, traditional hard drives are slow and often finicky. If you’ve ever noticed that older computers take an eternity to boot up and launch a game, chances are their hard drives are to blame.

Nowadays solid state drives (SSDs) are pretty much universally preferred over standard hard drives, and it’s easy to see why. A solid-state drive won’t boost your framerate or help your PC render more realistic graphics, but it will make your PC start up in a hurry and load even the largest games in seconds.

SSDs have gotten significantly better and cheaper in recent years, so you’ll be able to get one with lots of storage space without draining your bank account. You could opt for a cheap SSD with a capacity of 512GB or less, but that’s barely enough to hold a few big titles. A 1TB addlink M.2 SSD won’t set you back too much money, and it comes with blazing fast read/write speeds of up to 3,400/3,000 MB/second. A 1TB WD_BLACK NVMe SSD is a bit pricier a little higher, but the premium price comes with premium read/write speeds of up to 7,000/5,300MB/second.

If those read/write speed numbers don’t mean anything to you, consider this: SeaGate’s new Mach.2 HDD (traditional hard drive) can sustain data transfer rates of 524MB/second, or one tenth of the WD_BLACK linked above.

165Hz is better than 144Hz, but may not be worth it unless you’re a serious gamer. If you are a serious gamer, however, you may want the extra hertz. Even a few extra FPS will make gameplay look at feel smoother, and you’ll get a bit of an advantage over people playing at lower framerates—which may mean the difference between winning and losing in fast-paced shooters and racing games. 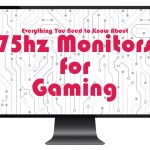 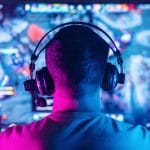