Wondering how to optimally control your GPU fans or troubleshoot overheating cards? We can help!

When you are running intensive programs, especially video games and video editing software, your GPU fans are naturally going to run faster in order to cool down your PC. Sometimes, your hardware or software cannot keep up with how hot everything is getting and the fans might not be running fast enough to keep the system cool.

When things overheat, the result can end in crashes, parts of the PC malfunctioning, and all-out system failure in the most extreme cases.

Your GPU should already have its own systems in place to regulate its temperature, but sometimes you’ll need to go above and beyond to manually control things. This is especially true if you’re getting into overclocking.

This quick guide will cover everything you need to know about how to set your GPU fans and how to make sure things are running optimally.

P.S. – For CPU and GPU together, we have a really helpful guide to how to generally adjust your PC’s fan curves too.

Every GPU comes with a natural part installed called a heatsink which will effectively act as a cooling system when things start rolling on your PC. Unfortunately, sometimes this heatsink is not nearly enough to keep things cool enough to keep stable.

Luckily, this is where the fans come in on models that get too hot to handle.

When the PC is at rest or running a very small number of programs, these fans don’t factor in that much. Once you start playing the big-time games and programs though, that is usually when you hear the fans pick up speed.

This is not some phantom process that you have to hope is working, you can hear whether they are running fast or not. If they are running pretty fast, this can be a bit startling and you may think something is wrong, but don’t panic. They are built to kick into high gear when intensive programs start to play, so that’s just the fans doing their job.

Sometimes, the fans won’t run as fast as you need them to. This is especially true when it comes to the usage of overclocking and other PC tweaks intended to increase performance.

When these processes are activated, you might feel the PC getting too hot for the fans to handle and when that happens, we need to figure out a way to manually control those fans.

How to Control GPU Fan Speed

Once you are going over the allotted ability of your GPU to cool your system down, there needs to be a way to change the speed of the fans yourself. There are a lot of different programs that control this process, but the easiest and most versatile is by far MSI Afterburner.

Afterburner (and other programs like it) allows you control everything from clock speed, temperature limit, voltage as well as the speed of the fans in your system. It is a simple interface to navigate and you thankfully won’t have to scroll through endless menus to find what you are looking for.

We simply need to find the box called “Fan Speed” and from there we set the fan speed to operate higher or lower, regardless of the program being run. This is controlled through a curve that you can adjust by clicking on it.

From here, feel free to speed it up high as you want. There is a limit to your fan speed based on what your temperature limit is set at, so you can’t end up setting too high of a speed.

Once you set your speed at what you are comfortable with, try out you game or program against and see what the result is. It won’t be immediate most of the time, but after a few minutes of the program going, you should hear that familiar hum from your desktop tower.

If you aren’t sure about whether it’s running fast enough or not, MSI Afterburner is always keeping track of the settings that are being used, so you can see the last few minutes of your fan speeds to see if there has been any increase or not.

If you are wondering about when you need to increase fan speed and when it is adequate, the answer is somewhere around the 86–89 degree temperature range. It is recommended that you keep things below 88 degrees most of the time as that is generally around the temperature where things start to go a little bit haywire.

What kind of haywire? Glad you asked!

How to Know If You Need to Increase GPU Fan Speed

When your fan isn’t running at the top speeds during the programs that need it most, that is where things can get a little bit weird on your system. You might think the only side effect would be some slow-moving programs and maybe the feeling of the computer getting burning hot against your leg under your desk, but it’s actually far more than that.

Artifacting is one of the milder things (we have a full guide to identifying and dealing with GPU artifacting) that can happen when running a game that isn’t supported by a fast enough fan.

Basically, artifacting means that while you are playing, you will see some strange things start to appear. For example, a line of trees in a game might start showing up with blocky lines cutting through them or certain textures will fail to load properly resulting in some truly bizarre looking graphics that can either be a small nuisance or altogether ruin your experience.

If the fans completely fail you, you might start seeing the dreaded CTD or crash to desktop. This can happen in game when a particularly large load is put on your PC and it just heats up so fast that the fan can’t handle the heat that is being produced and the game shuts down as a fail safe measure so your computer doesn’t go up in flames.

When your fan is causing issues, the best thing to do is to let it cool down for a bit. Before you try anything else, turn the computer off for a while.

If things are still hot and not getting any better, here are some things to try,

Check the GPU Itself

If you aren’t going to be using a cooling unit, its time to see why your card is getting so hot in the first place. Open up your computer and get some goggles so you don’t put yourself at risk. From here, find the graphics card and see if there is any dust on it.

Usually, dust is the cause for a system getting too hot and you’d be surprised how much of it can accumulate over the course of your regular computer usage.

This might sound stupidly obvious but one of the best ways to make sure your system doesn’t run too hot is by actually making the surrounding air colder.

Make sure to keep your PC in a spot that gets good, cool airflow. Also, it’s best not to put your PC on carpet, as it can cause your system to run hotter.

Sometimes, a computer just can’t hang with the top-of-the-line games anymore and if that’s the case, it might be time to either replace your power supply, or worst comes to worst, get a whole new tower to power your gaming.

If you’re wondering whether or not your GPU is on its last legs, check out our Guide to GPU Lifespan. It covers all of the signs and symptoms you need to know to determine if your graphics card is dying.

You can do a lot of things to make sure your GPU never overheats, but the more you tweak it and the more you push it to the limit, the hotter it will get.

Nobody ever wants to settle for anything less than peak performance, but if you’re encountering spontaneous shutdowns and other chaotic experiences, sometimes you need to dial things back a bit.

If you absolutely must push the limits of your GPU, with some additional programs and do-it yourself-techniques, there should be plenty of ways to make sure that the fan inside never stops doing the job it was made to do. 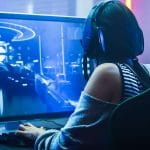 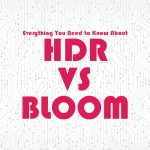