Wondering what the real differences are between HDR and Bloom? We’ve got you covered!

These two graphical effects common in many games today. Both work in totally different ways but can sometimes work together to create a nice image.

The short answer is that HDR affects color and contrast, resulting in darker darks and brighter brights. HDR will add a level of realism if implemented correctly. Bloom simply adds a glowing effect that radiates light sources in a game and usually creates a fantastical look. Since they are two separate effects, they can be used simultaneously.

While neither effect is actually a necessity for achieving great visuals, they are intriguing pieces. Especially HDR, which is getting better and better as tech advances.

This quick guide will tell you everything you need to know about the pros and cons of HDR and Bloom. We’ll explain how they work, how they affect performance, and whether or not you should turn them on or off.

HDR stands for High Dynamic Range. This fancy term allows the monitor that you use to display a wider range of color and contrast than normal or SDR displays are capable of. The result is colors will change into darker dark colors and brighter bright colors. The purpose is to create an image that is highly realist.

Here’s a great example from a Youtuber demonstrates the difference between HDR on and HDR off:

Games that forgo realism in favor of unique graphic styles (think Fortnite’s cartoony look) and don’t use HDR much as it doesn’t add much visually. Games that aim for realism are the prime candidate of HDR implementation and the ones that use it properly, like God of War for instance, get an incredible boost to their graphics from it.

It should be noted that even if you use an HDR monitor (or TV) the image won’t actually utilize HDR unless the game or movie or show can support that kind of image. Most games do have HDR as a feature, but plenty still do not.

Should I Turn On HDR?

Implemented correctly, HDR will usually add incredible vibrancy to the colors on screen and create a striking image. In many ways, HDR can make an even bigger impact than 4K. However, this is often only achievable through the tweaking HDR settings.

Whenever you turn on HDR, you will usually come to a menu where you can configure how light the light colors will be and how dark the dark colors will be. This sounds simple, but some games can make this a headache by showing you an image and then giving you a slider and its up to you to figure out when the image is pleasing to your eye or not. This can lead to a lot of time spent tweaking and testing in game to see if the result is good enough for you.

Confusing settings can make for a lot of time spent navigating menus instead of actually enjoying a game. Once you get these settings exactly as you like them though, the resulting image is usually fantastic.

If you choose to go without HDR, you actually won’t get a worse image at all really, but the colors will be far closer to each other and the resulting image will look far more colorful. This is appealing to a lot of players as some people like the over-the-top nature of videogame colors and a slightly unrealistic image doesn’t bother them.

For these players, HDR is not necessary as graphically, it really doesn’t change much except the colors and contrast. If you want the most realistic image, you’ve got to go for HDR as there is no other graphic option to impact the realism of a game more.

Note: If you’re looking to bump up your graphical performance, also take a look at the guide we made on Ray Tracing.

Does HDR Slow Down Performance?

Depending on your graphics card, HDR can either have a noticeable effect on your performance or none at all. Nvidia cards have been shown to have problems with HDR content and frame rates per second have dropped nearly 10 percent during testing. With AMD graphics cards though, there is little to no noticeable decrease in performance.

For the higher end cards from both companies, the effect is little to none on performance, but not everyone is willing to fork over $1500 for a card so if you are dealing with a lower end card, HDR might affect your performance more than you’d like.

Generally, bloom presents itself as a kind of glowing effect that emanates from the characters and environments you are exploring in a video game. It is an increase to the luminosity of any light source in a game. Bloom can be turned on or off in the graphics settings of some games.

When playing certain games, you might notice that some have a certain (sometimes ridiculous) shine to them. This is especially in the case with games that go for a more mystical and fantastical feel and want to make light pop.

That is where bloom comes in.

For games that aim for their own style, bloom can add to the game by giving the light sources the ability to affect anything they touch in the game.

There is a bit of a polarizing thought when it comes to bloom though. For example, a lot of gamers think that it is always best to turn off bloom. This is because the effect can easily be poorly implemented and result in jarring visuals. In games that have a day and night cycle, as most do these days, bloom can cause the sun in the sky to be almost blinding in the distance to see.

Check out this clip from Oblivion, the game that to this day still have the most well-known, well-documented use (or overuse) of bloom:

You might be thinking “Well, the sun isn’t something you should ever look at anyway, so what’s the problem?”. While that’s correct, you are also not living your life in third person, so in games with this perspective, the blinding effect is exaggerated and although it is technically more realistic, some prefer the cleaner look.

Depending on the game, it can either greatly enhance the overall product or be a bit distracting. If you remember The Elder Scrolls: Oblivion for example, the bloom effect in that game was outrageous at times and looked like every person in the world had a spotlight shining at their skin when you spoke to them.

Should I Turn On Bloom?

The issue with a lot of games that utilize Bloom is that sometimes there just is not an option available to turn bloom off. This is usually the case with console games as PC gamers well know that you can tweak just about any graphical effect possible with their games.

If you do have the option of turning bloom off, it is 100% up to your own visual preferences.

In a game like The Witcher 3, bloom is fairly well-implemented and we’d argue that the visual experience isn’t affected much whether it’s on or off.

An example of a game in which bloom is definitely beneficial would be Assassin’s Creed: Odyssey. This one absolutely benefits from bloom due to the game’s reliance on sunlight to create its atmosphere. In this case, it is integral to giving the reimagining of Greece that magical feel that comes through so well in that game world.

Unfortunately, plenty of games fail to use optimally use bloom and when it is overused, it can look like oil is being smeared across your screen. This is why you’ll find plenty of articles across the internet with titles like “Why I hate Bloom”.

Does Bloom Slow Down Performance?

Bloom is creating lighting effects and when this is done on anything, the system will be stressed more than it would without it. With Bloom though, the stress on the system is pretty minimal compared to some of the other graphical effects like anti-aliasing or chromatic aberration, so if you really want to keep bloom in your game, you at least won’t be suffering from a serious loss of FPS while playing.

HDR and bloom both have their uses and, even though one does not preclude the other, we clearly prefer HDR in general as an effect.

Bloom is more of a niche feature. It certainly has its uses, but it has also been overused in certain titles. That overuse (back to Oblivion) has given some gamers a very strong negative opinion of it.

No matter what, we first recommend that you tinker with the setting for HDR and bloom in every game to find what looks best. One game may benefit greatly from having the effects on while another may suffer. Just keep in mind that bloom may slow down your performance. 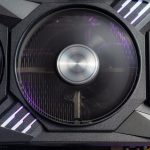 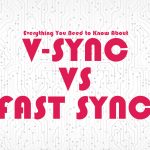