Wondering what the real difference is between standard IPS and AH-IPS monitor? It can be tricky to determine a clear winner if you’re unfamiliar with these two options.

This quick guide will cover everything you need to know to determine whether you should opt for an AH-IPS or an IPS for your next monitor.

What is an IPS Monitor?

IPS stands for In-Plane Switching monitors. This technical jargon basically means that the little liquid crystals within the monitor are aligned to create rich colors. They were made to originally be better than the inferior TN panels. With these advantages, the IPS panels are able to not only create richer colors, but the viewing angles are better as well.

As far as today’s standard goes, the IPS panel family is the most common out there.

Arguably, the biggest benefit of IPS panels come with the picture being consistent no matter where you view them. They also support super-wide viewing angles, so their monitors are viewable from many places within a room with ultra-clear clarity.

With TN panels, the image shifts depending on where you view it from, creating some unpleasant visual effects.

Color accuracy is also a point at which IPS panels rise the competition.

Check out this video from a YouTuber who does a great job of simply showing some of the visual differences between IPS and a TN panel:

Depending on your monitor, you might notice that colors seem duller than others. For example, if you were to use a Windows laptop and then use MacBook lets say, the MacBook would generally provide the brighter and richer colors because the screen quality is usually that much more advanced. The same goes for IPS panels here as they can display more colors than any other panels, creating a better overall picture.

On top of basic IPS monitors, there are variations such as AH-IPS, S-IPS, H-IPS, e- IPS and P-IPS. Each one provides a slightly different experience although all are regarded as some of the best types of panels available.

The Downsides of IPS Monitors

Although there are tons of positives to these monitors, like any piece of computer equipment, there are some drawbacks. For example, IPS panels usually suffer from a good bit of motion blur.

This means that if you are playing a game and move the camera around very quickly, you will occasionally see a ghosting effect as the images move too fast for the monitor to properly register them at that speed. This is a minor drawback, but it should be considered when making your purchase.

The response time is also lesser than some other panel types, making it a less-than-ideal choice for fast-paced, uber-competitive games such as eSports shooters.

Though there are some exceptions, IPS monitors generally emphasize visual quality over visual speed.

What is an AH-IPS Monitor?

AH-IPS panels are a subset of IPS that can feature faster response times, richer visuals, higher refresh rates, and better viewing angles. AH-IPS can also support up to a 1440p QHD Wide resolution, while standard IPS can only support up to 1080p.

AH-IPS panels give a different sort of twist to the IPS formula.

When it comes to gaming, a lot of gamers value frame rate and response time over all else. In this regard AH-IPS panels are superior to IPS panels because of their 6 MS response time. In addition to this, AH-IPS color displays are generally richer than their IPS brethren and have even more viewing angles available to them as well.

In terms of refresh rate, the 70 Hz refresh rate is a 10 Hz increase over IPS monitor’s 60 Hz displays gives you a higher frame rate while playing games and this means that motions on screen will respond quicker to your keyboard or button inputs. This is an advantage when it comes to competitive gamers because the faster the refresh rate, the better your advantage is in games against other players online.

Note for Gamers: If you’re looking for a monitor to do competitive, fast-twitch gaming, we recommend looking at 144Hz+. Check out this guide we recently created to the pros and cons of 144Hz monitors.

Refresh rate doesn’t matter quite as much for non-gamers or gamers who specifically play RPGs or other single-player games that call for general visual quality over pure refresh rate performance.

When it comes to resolution, the AH-IPS monitor stands alone as it can boast a QHD Wide 1440p max resolution compared to the FHD 1080p of the IPS monitors. This means that the overall picture on screen will be significantly clearer on the AH-IPS monitor. While its not 4K quality, the 1440p resolution offers some razor-sharp visuals that the 1080p simply isn’t capable of.

Resolution is incredibly important and it can make texts on screen appear that much sharper as well as graphics appearing bright and crisper in quality.

Which One is Right for You?

There are a variety of things to consider when trying to decide between the two monitors. Both have plenty of pros and cons, so it always comes down to what you need out of a monitor.

Even though IPS monitors usually have relatively low input lag, the highest-end AH-IPS monitors can have a superior response time. Although there isn’t as much resistance against input lag versus IPS monitors, it is low enough (with the ability of maintaining a better resolution) that AH-IPS definitely has some edge here.

For gamers who enjoy single-player titles or games that don’t require uber-fast response, you may want to forget refresh rate and focus more on resolution. We recommend skimming through our head-to-head comparison of 4K monitors versus 144Hz monitors as a good jumping-off point.

If you are buying a monitor for your office or to work from home, a quality IPS monitor is likely all you need. They can offer great colors and great visual experience inside large cost-effective monitors.

If you’re doing high-level design, photo editing, video editing, etc, your needs are going to be a lot more specific and you’ll want to opt for whatever option has the best color accuracy and overall visual quality.

While the brightness is a bit higher in the AH-IPS monitors, the overall visual performance of a high-end IPS can achieve deeper and richer colors.

For work, you should really just compare the features and pricing of individual monitors. There are plenty of IPS monitors out there that may outperform AH-IPS when it comes to your specific needs.

The monitor pictured above is obviously huge, but that’s totally an individual preference/comfort thing. We recently looked at the pros and cons of 32″ monitors for different tasks, as it’s usually the largest size we recommend for most users.

If you are a going to be using a monitor for work, for gaming, and for general multimedia use, the answer is likely to opt for a high-end AH-IPS monitor. It’s the newer tech and it’s capable of doing a bit of everything quite well with little downside.

Either way, depending on the size of the monitor, you can find prices in the low-hundreds for both types of screens. The bigger the monitor and the better the refresh rate, the higher the price will usually be.

If you had to compare two equal-level monitors though, most of the time, the AH-IPS monitor is going to cost more simply because it is made with more modern tech than the IPS models. This will often give you a difference of around two to three hundred dollars more.

The price range doesn’t often stray that intensely though, so you won’t see a huge jump from one monitor to the other regardless. Because of this similarity in price, that means you will be relatively free to choose between monitors based on just what you are looking for and not what you can afford. 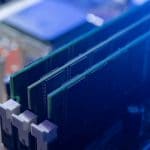 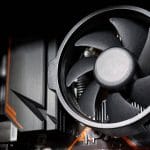