Wondering what RAM SPD Speed is, how it affects your system, and whether or not you should change it? We can help!

This quick guide will tell you everything you need to know about SPD Speed and its impact on your PC’s performance.

What is SPD RAM Speed?

SPD speed is the speed that RAM can work right out of the box. SPD stands for serial presence detect. It is a chip on the RAM module that is identified by the BIOS so the Motherboard can know its characteristics and timings. This basically means that whatever speed you have when you install the RAM for the first time is the SPD speed of the device.

However, the SPD measurement does not indicate the maximum speed at which RAM can operate. That final speed from the RAM is referred to as the “Tested Speed”.

Consider your SPD speed the normal speed that your RAM should run at most times.

Once you start overclocking, however, things start to speed up all over and your RAM is no exception and this brings us to our next topic. This, like DRAM frequency, is one of the many RAM attributes that can be tinkered with.

We recommend going for performance gains from XMP or DOCP way before trying to mess with SPD speed.

P.S. – If you’ve ever wondered whether or not brand matters at all when it comes to RAM, we recently did some research to settle that question.

What is Tested RAM Speed?

Put simply, Tested Speed is the speed at which your RAM is capable of running, while SPD is the speed it is set to out of the box. When you overclock RAM, you will have an increased readout that reflects the Tested Speed.

PC power-users (gamers, especially), are often addicted to squeezing the utmost performance out of their hardware. Overclocking is how you can increase the capabilities of a piece of equipment beyond its normal capabilities.

Overclocking your graphics card for example, can make your PC able to handle the top-of-the-line games where it previously struggled. A few parts of the PC can be overclocked and this includes graphics cards, CPU, PCI-e speed and yes, RAM.

The faster your SPD Speed, the faster your system will run. On every RAM stick, there is usually a label that shows you a number like 2400 MHz lets say, and this number can be deceiving as it is not indicative of the speed right out of the box. This number is the rated speed which comes from calculating the speed after you’ve had various overclocking and other processes stressing the RAM.

When thinking about how your SPD Speed affects your performance, you have to think about how much RAM affects the computer overall. RAM pretty much manages all the processes happening on your computer at any given time and the more RAM you have, the more processes you can run without issue.

When it comes to video games, RAM is as important as your GPU when it comes to what kind of performance you can get out of your system. That RAM of yours has its capability determined by the SPD Speed of that RAM stick.

SPD is essentially a number that acts as a benchmark for your system. The way we find that speed is a bit different.

How to Find SPD Speed

There are many different ways to track the speed of your RAM of your PC. Figuring out the SPD Speed is as easy as finding a program called CPU-Z. What this program does is give you a detailed account of what is going on within your PC. It gives information on all parts of the PC involving memory specifically and this means that SPD Speed will be readily available to see.

The program is free and easy to use and has more uses than just for checking SPD Speed. While you can see the SPD Speed here, you are not able to alter it.

Can You Change SPD Speed?

That’s a tricky question because the speed right out of the box is as-is. SPD Speed cannot be changed directly, as this is the factory settings your RAM comes with and that’s that. However, once you begin using overclocking and altering other aspects of the RAM, you will see the SPD Speed raise.

This means the speed is changing, but it is no longer SPD Speed, but rather the Tested Speed that you now see.

So, yes, SPD Speed can absolutely be altered, it just takes on a new name once such a thing happens and you can often see the preview of this on the label of the RAM stick.

How to Change SPD Speed

When you grow tired of your RAM not performing in the way you were told it would, then perhaps it is time to get the thing up to tested speed and out of factory settings.

If your profile is already enabled, then it’s a matter of tweaking slightly and testing constantly to see how far you can push your RAM past its current limit.

As with tons of other PC equipment, RAM can also be altered past its initial factory settings. The key here is that because this is such a sensitive piece of equipment, you want to know as much as you possibly can about the numbers you are tweaking before you get yourself into trouble.

The SPD Speed can help with that as it gives you a basis for what you are about to change.

When it comes to SPD Speed, think of it as a baseline in a string of experiments- As long as you know where you started from, you hopefully will know when too much is too much.

Overclocking PC equipment is as popular as ever, so its to be expected that something as powerful as RAM doesn’t get to escape that treatment. By looking on the RAM chip itself, you can often see a preview number of just how fast you can get your RAM running.

Remember, this is not the SPD speed, but the tested speed that it can run at after being tweaked through Overclocking.

If you are new to Overclocking, we don’t recommend even touching the RAM to start out, as there are programs available such as MSI Afterburner that give you full control over tweaking your graphics card which in my experience has been a far more lucrative endeavor.

Overclocking properly is an often boring process, but those who have accidentally flown too close to the sun know the amount of damage it can cause.

The last thing you want to do is accidentally fry your RAM! 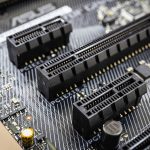 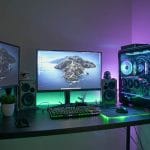