Does the fan in your desktop computer or laptop constantly “spin up” to full speed, only to slow down again seconds later?

Does this happen throughout the day, often while you aren’t even using your computer?

If so, you’re not alone. Many users suffer from this annoying phenomenon, sometimes referred to as “fan revving”.

In most cases, random fan revving is related to a controller, system process, or other software issue. Though it is possible, hardware is usually not blame for random fan activity. Fan curves and their settings can also be a cause.

We’ll walk you through everything you need to know to determine which issue is causing your revving and how to stop it for good.

P.S. – We have a really helpful guide on how to check and properly set your fan (CPU & GPU) curves.

The first thing to understand about random revving is that it’s not really random even though it seems that way.

Fans spin to cool the CPU, and higher CPU usage requires a higher fan speed to keep the CPU temperature from getting too high.

If you notice your fan speed constantly changing, it tells you two things:

1. You have a fan controller that is capable of varying the speed of your fan. This is often called PWM Control.

2. A software process, or multiple processes, are probably creating a varying load on your CPU, which leads to varying speed in your fan to maintain a healthy CPU temperature.

This second point assumes that there isn’t a hardware issue with your system, which is possible. We’ll talk about that later, but first let’s discuss the main cause of random fan revving: software.

The first category of software we’ll discuss is system processes. These are automatic services that run the the background of your operating system to maintain system health and keep things running smoothly.

Sometimes though, these services run far more frequently than they should, placing an unnecessary load on your CPU.

One good example of such a service is anything that provides synchronization of your computer with another computer elsewhere. The most common occurrence of these types of services are cloud-based services.

Any time you use an application such as Dropbox, Google Drive, or anything else that lets you access your data from anywhere, you are using a cloud-based service. Keeping this data available requires any computer where you’ve installed that application to periodically update the data in remote servers.

This usually happens in the background without you even realizing it and could be a cause of random revving.

Another system process that’s closely related to synchronization processes is update services. Your operating system may be set up to automatically download and install software and security updates. While that’s happening it will place an increased load on your CPU.

The Windows Update service is a notorious culprit of random revving. If you identify a service that’s placing an excessive load on your CPU, try disabling it to determine if it fixes the issue. If so, you may be able to modify it’s behavior or find a better solution.

Finally, it’s worth making sure that all of your drivers are up-to-date. Drivers are pieces of software that control hardware both internal and external to your system, such as graphics cards and printers. Occasionally, a faulty driver can place an excessive load on your CPU.

Web-related software is another common culprit of random revving, and most of it centers around your web browser. As browsers have become more complex, they have developed a vast array of configuration options for controlling their behavior as well as background processes.

The first things you should evaluate in your browser are the plugins or extensions that are installed and enabled. Try disabling them, one by one, and noting whether that fixes your revving issue. You may be able to modify a plugin’s settings or find a better one to eliminate the issue.

Another thing that can place an increased load on your CPU is having too many open tabs in your browser. Tabs may be accessing web pages that are creating the CPU load, or it may simply be a case of accessing too many web pages at once. Close tabs that you are no longer using and see if it makes a difference.

User applications can also greatly effect the load on your CPU. Some user applications, such as video editing packages or games, are processor-intensive and naturally lead to increased CPU loading.

This is normal and should be expected.

The problem comes when less computationally demanding software creates a larger-than-necessary CPU load. When you notice increased fan speed, take notice of what programs are running.

If an application you’ve installed is loading the CPU excessively, check to see if you have installed add-ons or plugins for that application; sometimes these programs are poorly designed and create unnecessary performance bottlenecks. Disable or uninstall the suspected add-on and see if that fixes the problem. You may be able to find a more efficient add-on.

It’s also possible that the application itself just isn’t well-designed. Look around for alternatives that might perform better.

Your operating system may have shipped with lots of preinstalled applications, commonly referred to as bloatware. If this is the case you may not even know what many of these applications actually do or why you need them. They could be running processes in the background and loading your CPU.

If you don’t recognize an application, you probably don’t need it.

The last category of software is something that isn’t an intended part of your system but something that many of us, unfortunately, have to deal with. Malware is any software that is surreptitiously installed on your system by a third party, such as viruses, worms, and spyware.

Malware often leads to a high amount of background activity and can easily load down your CPU. It’s always a good idea to have some sort of antivirus software installed to detect malware so that it can be removed.

If you have thoroughly investigated all of the software on your computer and still can’t track down what’s causing the random fluctuations in fan speed, it’s possible that you could have an issue with your system hardware.

First, open up your case and inspect your motherboard for any obvious problems. Make sure that your CPU’s heat sink and fan are properly mounted with no air gaps. Make sure that the heat sink is not packed with an excessive amount of dust.

If you suspect there is a problem with your CPU, check out our Guide to Signs & Symptoms of a Dying CPU and our Guide to CPU Heat Damage.

Do the same for your GPU if it has a cooler. If you don’t see a problem with your cooling system, you could have a faulty component somewhere. CPU’s, GPU’s and your motherboard have temperature sensors that are used by the fan controller to decide what speed to operate the fan at.

A bad temperature sensor could lead to the fan controller erroneously thinking that the CPU is overheating, leading to constant revving of the fan. This is a relatively rare occurrence, but it can happen.

So, let’s assume you have eliminated all unnecessary software-related causes of CPU loading and have confirmed that your hardware is in good working order. What if your fan is still revving?

It’s possible that the loading on your CPU is just fluctuating in an acceptable way, but that the fan control needs to be modified. In order to do that, you need to understand fan curves.

In case you need it, here’s another link to our standalone guide to setting fan curves.

The problem comes when when your fan curve specifies significantly different speeds for a temperature region that your CPU regularly crosses into and out of.

This could be the entire cause of your annoying fan revving situation!

The cure for cases like this is to ensure your fan speed is constant over the entire region of “normal use”. This means that if your CPU regularly operates at temperatures from 20C to 50C, for instance, your fan curve should specify a single speed for that temperature region.

Only in the much less frequent case where your CPU temperature gets higher should the fan speed be increased.

Using a curve like this, your fan speed would be constant at 50% for about half the time or more; then occasionally when your CPU is working harder the speed would increase.

It’s important that you ensure adequate cooling to your CPU when it is working harder than normal, so you may want to read more about fan curves before you start modifying yours.

Read through your BIOS documentation to learn how to program your fan curve.

Also, make sure you know how to monitor your CPU temperature so that you can assess whether your fan curve is providing adequate cooling.

As we’ve discussed, the most common cause of CPU fan revving is software. Whether it’s unintended background operations, unnecessary add-ons, or in the worst case, malware, the software running on your computer has a massive effect on how hard your CPU works.

If you’ve eliminated any extra or unnecessary software processes as the culprit, check your hardware.

If the heat sink and fan mounting look correct, it’s probably not a hardware issue.

If you’ve done all this and still experience revving, consider modifying your fan curve. Carefully done, this will ensure that your fan spins at a constant speed most of the time, eliminating those annoying variations in speed and noise. 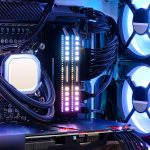 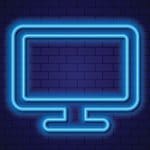