Wondering whether or not it’s a good idea to debezel your monitor?

Bezel-less monitors are all the rage right now. Dell, Samsung, ViewSonic, and just about every other monitor manufacturer have their own spin on this newfangled design.

But the presence of bezel-less monitors begs a few questions, namely: What is the real purpose of a bezel? Do monitors need bezels? And if they don’t, can you remove your monitor’s bezel? Should you?

This quick guide will tell you everything you need to know about the pros, cons, and how-to’s of debezelling a monitor.

What is the Purpose of a Bezel?

You know that plastic frame around your laptop, monitor, TV, and phone’s screen? That’s a bezel. If your monitor has a 1-inch bezel, for example, that means there’s a 1-inch wide border around the screen. So “bezel-less” just means that the front of the monitor or display in question is all screen, no border, and “debezelling” your monitor just means removing the plastic frame around the screen.

TVs, monitors, laptops, and smartphone screens have bezels for a few different reasons. To make this easier to understand, think of your monitor like a picture in a frame with the glass and image as the screen and the frame as your monitor’s casing (including the bezel).

Think about what would happen if you removed just the frame from your picture. The glass would slide out of place, the photo might get knocked askew or fall out, and the whole thing would become precarious and unstable.

Now think about your monitor and all the crazy complicated stuff that goes on inside it. All the components and wires and electronics that need to be held in place. That’s where the casing and the bezel come in.

Let’s go back to the picture without its frame. What would happen if you dropped it, or even just bumped it against a door or a railing? Chances are the glass would get chipped or even break, and the corners of your picture might get crumpled or messed up. Now think of what would happen if your picture was in its frame. The frame wouldn’t protect against something catastrophic, but it would keep the glass safe and chip-free if you bumped the frame against something.

Now think of your monitor and the surprisingly fragile screen within. The case and bezel provide some measure of protection against bumps and dings, if not drops, and they help guard your screen and the components on its edges safe from harm. This is especially true with laptops, as the bezel keeps the laptop’s screen from coming into contact with the keyboard and helps keep it safe from being squished when slipped into backpacks or laptop bags.

In addition to providing structural integrity and protection, a nice frame will add its own bit of color and aesthetic flair to the picture within. Bezels also provide a semi-attractive frame for the screens they surround, but their aesthetic benefit comes mainly from what they conceal.

If you’ve ever seen the interior of a TV, monitor, smartphone, or other electronic device, you probably already understand why manufacturers cover them up with cases and bezels. The inside of electronic devices are a mess of wires, components, LEDs, and computer chips, none of which are particularly attractive to the average consumer. Manufacturers (reasonably) decided that their displays would sell better with a smooth plastic bezel covering up the ugly jumble of chips and circuits beneath.

Now that you know why TVs, monitors, and smartphones have bezels, it’s time to talk about why you’d want to remove them.

Is It a Good Idea to Debezel a Montor?

Debezelling a monitor is usually not a good idea for anyone who is not experienced in the procedure, especially if its new or expensive. The process isn’t particularly difficult, but there’s always a chance you could break your monitor by putting too much pressure on the screen, dislodging critical components, or accidentally cutting an important wire.

Your best bet would be to practice on at least one old, broken, or super cheap monitor first. Check Craigslist, Facebook, and local secondhand stores for cheap monitors to practice on. You’ll get the hang of it pretty quickly, and that way you won’t be nervous or make basic mistakes when you get to the main event.

If you do know what you’re doing, on the other hand, you can go right ahead and get to debezelling. You probably have at least some idea of what you want the finished product to look like—whether it’s a multi-monitor gaming setup, an almost-seamless wall of monitors, or a DIY smart mirror—and you probably also know the risks that come with debezelling your monitors. You still might want to practice on a cheapo monitor first, but that’s up to you.

The Pros & Cons of Debezelling a Monitor

There are a few different reasons why you’d want to remove your monitor’s bezel. Here are the top three reasons:

Now let’s look at the pros and cons of removing your monitor’s bezel.

How to Debezel a Monitor

Debezelling a monitor is a relatively easy but delicate process. As stated above, you’re going to want to be careful to make sure you don’t break any delicate components in the process. You should also watch out for sharp metal or broken plastic, though a pair of thin but sturdy gloves should be more than enough to keep your hands safe.

It’s also important to point out that not all monitors are built the same, so while this how-to should be more or less universal, there’s always a chance that it won’t apply to your particular monitor.

Not all monitors have attached stands, but if yours does your first step will be removing it. Some stands have built-in releases for detaching the stand without tools. Use the built-in release if your monitor has one.

If your monitor doesn’t have a built-in stand release, check around where the stand attaches to the monitor to see what kind of screws are holding it in place. Unscrew them, set them aside, and remove the stand.

This next step depends heavily on what kind of monitor you have.

First: Check to see if there are screws on the back of your monitor.

Unscrew them, if any, and set them aside.

Second: Grab your flathead screwdriver or your paint scraper—the thinner the better.

Third: Find the seam that runs along the sides of your monitor. This is where the front and back casings attach.

Fourth: Gently wedge your screwdriver or paint scraper between the casings, then slowly push them apart using your tool.

Fifth: Pull the front casing off of your monitor.

Sixth: Remove the back casing, if possible.

Step 3: Tape Up the Sides

You should now have a slimmer, bezel-free monitor on your hands, but we aren’t quite finished yet.

Grab your electrical tape (preferably black) and carefully apply it to the edges of your monitor. This will help keep important components from shifting around, stop light from bleeding from the sides of your screen, and keep dust out of your monitor’s insides.

This step is optional depending on how you want to use your freshly debezelled monitor.

Step 5: Do Your Thing

Now the power’s in your hands. Go ahead and put together your multi-display setup, your DIY smart mirror, or just put your monitor back on your desk.

Debezelling a monitor isn’t hard, but you may not want to do it unless you know what you’re doing and why you’re doing it. Bezels, unsightly as they may be, do serve a purpose, and removing them voids your warranty and may leave sensitive components exposed and vulnerable.

That being said, debezelling a monitor can be a great way to remove the dead space between monitors in a multi-display setup or a display wall, and may be necessary if you’re doing DIY projects like making your own smart mirror. Whatever the case, hopefully this guide has helped you understand the pros, cons, and methods for debezelling your monitor. 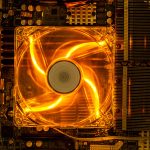 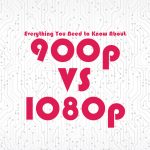