Wondering if you should opt for an M.2 drive or a standard 2.5″ SSD in your PC? We’ve got you covered!

That’s the way-too-short answer. To determine which option performs best, we definitely have to dive a little deeper into what matters and what doesn’t.

This quick guide will give you the all the details you need to make sure you choose the right option for your PC’s storage.

P.S. – If you’re also confused about how M.2 relates/compares to PCIe, check out our complete guide to M.2 vs PCIe Pros, Cons & Differences.

Solid-state drives are solid-state drives no matter the shape or the size. Both a 2.5-inch SSD and an M.2 SSD use the same kind of non-volatile flash memory (which is why we recommend SSDs over HDDS) and utilize similar technology, so you won’t see any difference in performance between the two…as long as they’re using the same interface.

One of the big draws of the M.2 form factor is its ability to use either the SATA or NVMe protocol for moving data back and forth. There are some 2.5-inch drives that utilize the NVMe protocol, but it’s much more of an M.2 thing. Here’s why that matters:

The Serial ATA (SATA) interface has been an industry standard for connecting storage drives to their host systems for decades now. SATA has gone through a number of different iterations and revisions, and it’s grown to support transfer speeds of up to 600MB/s (more if it’s SATA Express). SATA is fast enough to keep up with almost all HDDs, but SSDs are a different story.

The SATA interface wasn’t developed for SSDs—mostly because SSDs weren’t really a thing yet. SSDs had to adapt to work with SATA, and in many cases their performance was limited by SATA’s capabilities. NVMe, on the other hand, was developed specifically for SSDs.

Unlike SATA, the NVMe interface plugs directly into the motherboard’s PCIe ports and allows computers to fully leverage SSD’s data structures and parallelism, resulting in much lower latency and as much as a sixfold increase in data transfer rates over their slower SATA cousins.

This speed boost mostly comes from improved sequential—not random—read/write rates, however, so you’ll see the biggest improvements when working with huge files and transferring large amounts of data into and out of the drive.

You’d be hard-pressed to find a modern motherboard that isn’t compatible with any given 2.5-inch SATA SSD. Just about every motherboard has the right slots for SATA cables and 2.5-inch drives, and the vast majority of them will work with an SSD just as well as an HDD.

By the way, if you’re wondering if your motherboard is a weak link, take a look at our guide on How to Determine if Your Motherboard is Bottlenecking Your PC.

Things aren’t quite as clear-cut with M.2 drives. Some motherboards, especially older models, don’t have M.2 ports, and many of the boards that do have M.2 ports only support M.2 SATA drives, not NVMe. You’ll need to make sure your motherboard has the space and the proper ports if you decide to go for an M.2 NVMe drive, otherwise you may end up with an expensive M.2 form-factor paperweight.

It’s also worth noting that many M.2 SATA SSDs will work on an M.2 NVMe port, but not vice-versa, which just reinforces the importance of double-checking whether your motherboard has the right slots or not.

If you’re debating how much storage you really need, we have a guide to help you with that too.

When people say “form factor” they aren’t talking about anything technical or complicated, they literally mean what a component looks like and what its dimensions are.

That doesn’t mean it’s all about appearance, however.

There’s only so much space inside desktop towers and laptops, for one, and motherboards aren’t flexible enough to accommodate a bunch of weirdly shaped parts. Manufacturers want their components to fit into as many systems as possible, so they’ve settled on a set of standard sizes, or form factors, for their parts.

The 2.5-inch form factor is a legacy from the old days of mechanical disc-driven hard drives. Small form factor hard drives (SFF HDDs) were the enterprise standard for many years—the 2.5-inch measurement refers to the approximate diameter of the platter within drive enclosures—and it didn’t make sense to overhaul motherboard designs for the then expensive and uncommon SSDs.

Manufacturers realized they’d sell more SSDs if users could just slot them in where their old HDDs used to be, so they designed the original 2.5-inch SSDs to be the same size and shape of their mechanical ancestors.

Most 2.5-inch SSDs also connect to the motherboard using the same SATA cables as HDDs, making the upgrade process as seamless and painless as possible for users looking to upgrade their storage without making any other changes.

The M.2 form factor is relatively new compared to the 2.5-inch form factor. Formerly known as the Next Generation Form Factor, M.2 was built as the successor to the mini-SATA interface and supports much faster data transfer rates than previous interfaces.

Components with the M.2 form factor are small and flat enough to fit in the palm of your hand—perfect for laptops and tablets—and M.2 SSDs can connect directly to motherboards without using SATA cables.

M.2 SSDs have a few benefits. First, they’re much more compact than their 2.5-inch brethren, which lets them fit in much smaller builds and devices.

Many people with M.2 SSDs feel that the slimmer drives make the insides of their desktop towers look much cleaner and less cluttered, which can be important for some more persnickety users.

Second, many of them plug directly into their motherboard’s PCIe slots, which means you don’t need to worry about managing SATA cables.

Third, and possibly most importantly, many more M.2 SSDs support the Non-Volatile Memory Express (NVMe) logical-device interface specification, which offers significantly higher transfer rates than you’d ever see with an HDD or even a SSD with a SATA interface.

There isn’t that much variance in price between form factors and interfaces these days, though a safe rule of thumb is that (all else being equal) an NVMe drive will be the most expensive, followed by an M.2 SATA drive, with a 2.5-inch drive being the cheapest.

There’s no NVMe version of the 860 EVO line, but the 1TB M.2 Samsung 970 EVO NVMe drive currently costs around $160 on Samsung’s website.

This is just one example, but you can already see that the slight price variance generally follows the rule of thumb outlined above.

There are a lot of SSDs on the market. It can be hard to figure out which is the best for you, so here are just a few recommendations of the best products in both the 2.5-inch and M.2 form factors.

Yep, Samsung again. They’ve been on an incredible roll in the SSD space, and the 980 PRO series skate past the competition with ease. The 980 PRO SSDs only come in capacities from 250GB to 2TB, but their PCIe 4.0 NVMe interface, up to 7GBps and 5GBps read/write speeds, respectively, more than make up for their lack of storage space.

The Kingston KC3000 SSDs are the Ferraris of the SSD world. They’re built with the latest flash memory technology, utilize the blazing-fast PCIe 4.0 NVMe interface, and come at a premium compared to their competitors, but dang if it isn’t worth it. These SSDs deliver read and write speeds of up to 7GBps (and look great doing it), and their sturdy constructions stand up to years of heavy use.

Samsung has been one of the leaders in digital storage for years now, and they show no signs of slipping. Their 860 PRO series of 2.5-inch drives come in capacities as small as 250GB and as large as 4TB, and their built-in security features help keep your data safe and sound. The only downside is their SATA 3 interfaces, which severely limit their data transfer rates.

The Crucial MX500 line of SSDs relies on the relatively slow SATA 3 interface, but it makes up for this deficiency with extremely reasonable price points, reliability, and outstanding energy efficiency. You can find these SSDs in capacities from 250GB to 4TB, and the built-in power failure protection and hardware-based AES-256 encryption help ensure your data stays safe no matter what.

So there you have it; the 2.5-inch and M.2 form factors aren’t all that different, but they do diverge from each other in some important ways.

Just be sure to do your own research and double-check whether your motherboard is compatible with whichever SSD you’re looking at before clicking that buy button.

The last thing you want to do is choose a high-performance, high-priced M.2 drive, only to find that you don’t have the appropriate slot on your motherboard to support it. 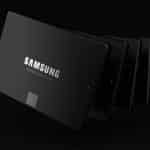