Confused over the difference between Real Temp and Core Temp?

The short answer is that Real Temp and Core Temp are both applications that allow you to monitor your computer’s temperatures. Rather than a generalized reading, they each provide specific readings parts of your PC. Real Temp is only compatible with Intel, while Core Temp is universal.

The feature sets between the two are similar, but there are definitely some notable differences that we’ll cover here in this guide.

When you use your computer, the temperature usually maintains itself at a decent rate during mundane activities like using the internet or writing on Word. When you start to use other programs such as games, video editors, and so on, that temperature starts to rise.

When those programs are all running side by side, things heat up an especially considerable amount and soon enough, you can have a system that is dangerously close to overheating from the stress you’re putting on it.

But how can you tell that things are getting too hot for your system to handle and you’re not cooking your CPU?

There are numerous programs that are used to monitor your temperatures while using your PC, but Core Temp and Real Temp are certainly two of the standouts.

Which one gives a more accurate representation of what is going on inside your PC? Which gives you more control? Which is easier to use?

We’ll tell you everything you need to know about each option and help you to determine which one makes the most sense for your PC.

Contents hide
1 What is Core Temp?
2 What is Real Temp?
3 Can You Run Both Real Temp & Core Temp?
4 Which One Is More Accurate?
5 What Do They Cost?
6 Which Is The Overall Better Software?
7 In Conclusion

What is Core Temp?

Core Temp is a program that you can use on your computer, your cell phone and other devices that support windows to monitor what the temperature of various parts of your system currently are at. This program doesn’t just give you an overall number for the temperature of your system, but rather breaks down each individual core of every processor in whichever system you are using is.

Core Temp gives you all the different parts that are contributing to your overall heat level and while you cannot directly change the temperature of any of them from the program, it at least will tell you what parts are being overused so that you can see to fixing them yourself.

With the mobile versions that recently came out, you can now monitor your computer while away from it to make sure nothing is going out of whack. While most people tend to shut down their PC’s while away from them, some tend to leave them on while downloading something and this is an effective way to monitor that and make sure no problems arise.

What is Real Temp?

Real temp is a similar program to Core Temp and monitors all temperatures on your current system. Real Temp allows you to read any temperature information coming from your Intel Core based processors. In addition to this, you can also calibrate the program to read each core of your CPU and when running particularly heavy load processes like graphically intensive video games.

Test sensors will monitor everything and immediately alert you at the first sign of the problem. This can be really helpful to make sure the system isn’t being overworked.

Real Temp also provides an extremely reliable benchmark system, which simulates a heavy-duty program so that you can see what would happen to your PC after a certain amount of time of running it.

You can get detailed readings through Real Temp like MHz, TJMax, CPUID, APIC ID as well as calibration settings that you set yourself.

If your system happens to go over the temperature limit, your Real Temp program will sound an alarm immediately signaling for a shutdown so that no real damage is done to your PC.

Can You Run Both Real Temp & Core Temp?

While you are able to run both Real Temp and Core Temp at the same time, it’s generally not recommended as they can interfere with each other considering they are running most of the same processes. Furthermore, they will often show different readings because they can be affected by one another in negative ways.

Rather than running both of these programs and comparing the two in real time, we recommend running them one after the other in order to record and compare your results.

Which One Is More Accurate?

Both are programs that will give you similar information, however when testing which is most accurate, you have to consider how much information each program is dishing out.

Core Temp, being the older program, tends to have readings that lie to you a bit in order to keep you in check. For example, if you are overclocking and want to check the PC temperature before you go any further, Core Temp will likely tell you things are running about 5-10 degrees hotter than they actually are.

This is because overclocking used to be far more damaging than it is today and the inaccurate reading would be an attempt to keep you in the safe zone before you went too far.

With Real Temp, there is no such limit imposed on you and the temperature reading you desire should be as close to accurate as you can get, whether you are overclocking or not.

What Do They Cost?

Luckily, both of these programs are available for free and are essential parts of any PC setup. Depending on things like your processor and operating system, one will be a fit for you while the other might not, but both provide nearly identical services with Real Temp having the edge in information provided for you.

If you have something other than Intel, Core Temp or countless other programs will be ideal for you. Core Temp has the ability to be used with just about any setup on the market and that versatility helps it be very appealing to most users as well.

Which Is The Overall Better Software?

Real Temp comes with the very alluring feature of allowing you to change the temperature manually from the program and, despite only being available to Intel processor users, that gives it the edge over Core Temp.

If you have an Intel, Real Temp is the way to go, but if not, you aren’t going to be missing out on too much else by using Core Temp, so it is really win-win, can’t-lose situation here.

There are an absurd number of programs out there that allow you to carefully monitor your computer’s temperatures, but only a few are as trusted as Real Temp and Core Temp.

While Core Temp provides you the universal option that is compatible with just about everything, Real Temp comes with the bells and whistles in the form of actually letting you manually control the temperature of the various cores of your computer.

Real Temp also provides you some in-depth information on how everything is working. The one drawback being that it is strictly available on Intel processors and nothing else.

Regardless of which one you decide to go with, the cost of each is totally free, so you are able to test each of them out as you wish and see which is giving you the best information. 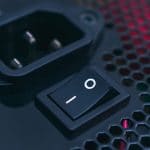