Wondering whether you should opt for 16gb or 32gb of RAM in your PC? We can help!

Let’s get the short answer out of the way:

Generally, most users will find 16GB of RAM to be plenty. There aren’t that many applications that can use up 16GB of RAM, let alone 32GB, and 32GB just isn’t necessary outside of a few use-cases. That being said, there are good reasons to opt for 32GB over 16GB, especially if you plan to hold onto your computer for a long time.

Realistically, there are a lot of different scenarios in which you’ll want to make sure you’ve got the right amount of RAM. This quick guide will cover everything you need to know what makes sense for your PC.

P.S. – While you’re on the subject of RAM, we recently dove into the details to cover whether or not RAM brands really matter these days.

RAM isn’t the primary concern for most PC gamers. Even visually intensive AAA games only require a minimum of 8GB of RAM, and there are only a handful of titles that can make use of 16GB, so 32GB is overkill for most gamers. There are some exceptions, however, namely simulation games and titles with lots of mods.

Simulation games like Cities: Skylines, Rimworld, and Dwarf Fortress require your computer to keep track of insane numbers of individual elements—people, vehicles, animals, stored materials, etc—all of which get stored in your RAM so your CPU can access it quickly. They won’t eat up much RAM when you first start a new map or scenario, but they’ll demand more and more RAM as your civilization grows.

Mods can also increase the amount of RAM a game requires. Developers typically make games with underpowered gaming PCs and consoles in mind, so they go to great lengths to optimize their titles. They’ll spend months tweaking their code to make it run more efficiently and require fewer resources, often requiring hundreds or thousands of expensive labor hours.

Mod creators, on the other hand, have no such concerns. They’re more interested in adding content to their favorite games than making sure their code runs as efficiently as possible, so their additions tend to be more resource-intensive than they need to be. Adding a bunch of mods to even relatively lightweight games can jack up the resource requirements considerably, and the effect becomes even more pronounced with resource-heavy titles.

If you don’t play many simulation games or use many mods you’re probably fine with 16GB for now, but there’s no harm in future-proofing your rig by adding another 16GB of RAM, especially if you use your gaming PC as a workstation or use it for video editing or graphic design.

P.S. – If you’re wondering about how the size of individual RAM sticks affects the whole process, take a look at our guide to 4x8GB vs 2x16GB RAM.

You’re probably thinking something along the lines of “16GB is plenty for most stuff, right?” And you’re right…mostly. It’s true that most basic computing tasks—navigating the desktop, managing files, etc—don’t take up much RAM, but that isn’t true for other applications you’d consider to be relatively basic.

Take internet browsers for example: As anyone who used Google Chrome back in the day can tell you, your internet browser will consume just about as much RAM as you let it, though it depends on how many tabs you have open and what websites you’re using.

You can probably figure this out intuitively, but more complex websites take up more RAM than simpler ones. Watching a show on Hulu, for instance, will consume a lot more RAM than scrolling through a blog or reading an article on a news site.

You can check on how much RAM each site uses by opening your task manager (Ctrl + Shft + Esc) and looking at the column for memory usage. You might be surprised what you see.

16GB of RAM will be plenty for most everyday computing stuff, but 32GB will let you keep more tabs open and keep more programs running at the same time. It’s up to you, and it’s probably a safe bet that websites will only demand more and more RAM as time goes by.

This is a relatively broad category that includes video and photo editing applications like Adobe Premiere and Photoshop, audio editing programs like Ableton Live, and 3D modeling programs like Blender. These RAM-hungry applications require your computer to hold onto and quickly switch between lots of large files, and the required RAM tends to skyrocket as the projects get bigger.

Many professional graphic designers, video editors, and audio producers consider 16GB of RAM to be the bare minimum for a functional workstation. Anything less will make working on all but the smallest projects a complete pain in the neck; every click and drag will make your computer stutter, every added element will make your computer freeze until it catches up, and rendering your finished product will take long enough to tick off even the most patient professionals.

You might be able to get away with 16GB of RAM for now, but programs and projects are only going to get more complex and demanding in the future. So even if you don’t need all 32GB of RAM now, it’s still a good idea to invest in the extra capacity.

If you’ve ever worked in Excel, for example, you know that spreadsheets can balloon in complexity and resource-intensiveness very quickly, and your standard office computer with 8GB of RAM will grind to a halt every time you change a formula or adjust a graph. More RAM will help your computer’s CPU handle big spreadsheets more efficiently, and that efficiency will help you get your work done more quickly.

Putting 32GB of RAM in your work machine will also make it easier to multitask: The extra RAM will help your computer manage multiple programs at the same time, so you’ll be able to check Outlook, answer messages on Slack, and work on a PowerPoint deck while you wait for a report to process or tinker with a spreadsheet. That extra productivity is reason enough to invest in 32GB of RAM for your work machine.

Going with 16GB is a pretty safe bet for most users. It’s cheaper than 32GB (obviously), it’s more than enough for most applications, and there are very few games that can use 16GB of RAM, let alone require that much.

The downside of going with 16GB is that you’ll be sort of hamstrung if you want to use heavy-duty professional programs like Excel, Adobe Premier, Ableton Live, and Blender. Programs like these will gobble up all your available RAM and still want more, and you may experience some serious slowdowns when working on big projects.

The upsides and downsides of 32GB of RAM are pretty much the opposite of 16GB. You’ll have way more RAM capacity than you need for most applications and almost all games, and as of now there’s no real reason to have that much RAM outside of a few use cases.

On the other hand, having 32GB of RAM will help boost your productivity if you’re working in heavy-duty professional graphic or audio design applications, and that alone may be worth the price of admission.

You’ll also be future-proofing your PC in case programs become significantly more demanding in the future, and there’s really no downside to having too much RAM. It’ll just be sitting there, unused, most of the time, but you’ll be glad to have it when it’s time to edit a big video project or put together a complex spreadsheet.

RAM, or random-access memory, is a special type of memory found in every computer, tablet, and smartphone. Unlike hard drives or solid-state drives, which provide permanent storage for files and programs, RAM only holds onto pertinent program data for as long as your CPU needs it.

There’s a good reason computers are designed with both temporary and permanent storage, and it’s actually pretty simple: RAM is much faster than hard drives or their speedier solid-state drive cousins.

Without RAM your computer would have to search through your main storage every time it needed to find a program file, load data, or even open a new tab in your internet browser, which would slow everything down to a crawl.

RAM is essentially a computational compromise; it might not be necessary if the main storage could keep up with your CPU, but until the main storage catches up RAM remains an absolute necessity for today’s computers. 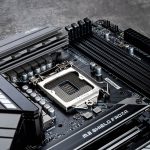 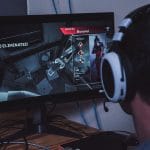