Wondering what SSAA is, how it affects your gaming, and whether you should turn it on or off? We can help!

SSAA (short for supersampling) is one of the earliest and arguably most effective approaches to anti-aliasing. Like other anti-aliasing techniques, the aim of supersampling is to reduce the jagged edges that result from rendering curved or rounded images using square pixels. Supersampling attempts to correct this with a brute-force approach that’s as ingenious as it is impractical.

SSAA can be very beneficial to the graphical quality of a video game, but it can also cause a huge reduction in framerate. This means that many fast-paced competitive gamers will turn off SSAA unless their system is quite powerful and can utilize it without a performance reduction.

This quick guide will tell you everything you need to know about SSAA and help you determine whether or not you should personally turn it on or off while gaming.

Explaining supersampling is a bit tricky, but the principle behind it is relatively simple.

Say a computer is running a game and is about to render a frame in the system’s native resolution. Without supersampling, the computer will just render the frame as is. If supersampling is enabled, however, things get a little weird.

Computers typically render images from the ground up. Supersampling flips that on its head. The supersampling process makes the computer render the image at a higher than native resolution, makes it shrink, or downscale, the image down to fit the screen, and then display it on the monitor.

There are a lot of pixels left over when you downscale an image—4K has four times as many pixels as 1080p, for example—and those extra pixels are the difference between fine details and rough approximations.

Supersampling analyzes and averages those extra pixels to better replicate the higher resolution image in a lower resolution, which greatly improves the image quality.

Here’s a quick video of a YouTuber toggling SSAA on and off for an in-game demonstration:

There’s a lot more to it, but that’s the gist of how supersampling works.

Supersampling is arguably the most effective anti-aliasing technique. It almost eliminates jagged edges and makes the transitions between object edges and their surroundings look significantly smoother than they would otherwise, which results in much clearer, more natural-looking images.

This has a particularly pronounced effect in gaming, especially in titles with near photorealistic graphics, as clearer, less jagged graphics translates directly to greater immersion and graphical fidelity.

Supersampling is essentially the granddaddy of anti-aliasing, and creates much better results than most other approaches, but it also comes with some serious drawbacks.

If you’re running a game at 60 or 120 frames per second, that means your computer has to render 60 or 120 individual images every second. That’s a tall order, especially when you’re playing in a high resolution. It takes a pretty powerful computer with a good graphics card to play anything at 120fps in the first place, and supersampling doesn’t exactly reduce the computational burden.

With supersampling turned on, running a game at 120fps means your computer will effectively have to render 240 frames per second. And twice as many frames means twice as much processing power required, right? Not quite.

Remember that supersampling works by generating a much higher resolution image and downscaling it to fit your settings, so you’re essentially making it render 120 huge frames and 120 small frames per second.

If you’re playing in 1080p, for instance, and your computer supersamples up to 4K before downscaling it, you’re making it render five times as many pixels (4K = 4x 1080p) as it would without supersampling. Add in the processing power required to perform the actual sampling, averaging, and adjusting and you’re looking at significantly more than twice as many resources required to run the game.

Supersampling gobbles up buffer capacity, graphical processing power, and memory bandwidth, which can be kind of a dealbreaker for most systems.

As with all things that make a PC or console do a lot of heavy lifting, supersampling can also create a lot of heat, which can be a problem if there’s not adequate airflow.

Needless to say, supersampling isn’t exactly the most practical solution for anti-aliasing, so programmers have developed a number of other approaches, including a few variations on supersampling itself.

When to Turn SSAA On

The short answer is that you should use supersampling if you want to and if your computer can handle it.

It depends on the game in question—some games might not support it—and whether your graphics card has enough horsepower to do it without tanking your framerate, but if you have the right games and the right specs then go right ahead with turning supersampling on.

It should be noted that not all graphics cards have the drivers or offer the option for regular supersampling.

Again, this depends on your card’s make and model, but there is a chance you’ll be stuck with multisampling or some other anti-aliasing technique that isn’t a descendent of supersampling.

When to Turn SSAA Off

This one’s even easier: You shouldn’t use supersampling if your computer can’t handle it or if you really need to squeeze extra frames into competitive games.

The extra burden supersampling puts on your system can absolutely annihilate your framerate and grind everything down to a near halt, and no amount of anti-aliasing is worth ruining your gaming experience to that extent.

Your computer may be powerful enough to play some games with supersampling turned on (if it’s supported), but it may not have the power to handle supersampling with newer, more demanding titles.

Like we covered with ray tracing and also with triple buffering, there’s no doubt that SSAA is a performance drainer.

If games like Apex Legends, CS:GO, Valorant, COD, etc are all up your alley, SSAA may be a problem for you, unless you have a beastly system.

Multisampling is, as you might guess, a type of supersampling. It was developed as a sort of computational compromise; a way to get most of the benefits of supersampling without consuming as many resources.

Multisampling tries to reduce the amount of processing power required by replacing supersampling’s brute force with a bit of finesse. It makes the computer render as much of the frame as possible without performing any anti-aliasing, then performs a test to detect the edges of objects in the frame where aliasing would be most apparent. If edges are detected, the process does much of the same sampling and testing as it would with regular supersampling. This more calculated approach helps save a lot of processing power.

The other way multisampling saves resources is by putting much stricter limits on the number of samples it takes in each frame. Instead of doing extensive color, texture, and shader sampling, multisampling focuses on the pixel’s depth and one or two other factors. This also helps reduce the amount of processing power required for anti-aliasing, which leaves more capacity leftover for other tasks like maintaining the framerate and simulating in-game interactions.

Multisampling doesn’t do quite as good a job at anti-aliasing as supersampling, but it isn’t nearly as taxing to most systems. Most non bargain-bin graphics cards can handle multisampling just fine, which is probably why it’s used much more than regular supersampling.

It may look like the picture on your computer screen is one cohesive image, but it’s actually more of a dynamic mosaic comprised of thousands of tiny square pixels that light up and change colors when your computer tells them to.

More pixels means clearer, more detailed images, but there’s no amount of pixels that can overcome one simple but crucial fact: Most things in this world aren’t perfectly square.

To get a better idea of why that’s a problem, imagine a horizontal line made of little squares. The line looks nice and straight when all the squares are perfectly arranged, but the picture changes dramatically when you use those same squares to draw a diagonal or curved line.

Squares aren’t great at making smooth curved edges, so you’ll end up with diagonal lines that look like staircases and “curves” with more jagged edges than a ball of barbed wire.

This staircase-like phenomenon is called aliasing. Anti-aliasing, as you may have guessed, is the general term for computational techniques used to mitigate this ugly byproduct of pixels’ unfortunate geometry.

Anti-aliasing doesn’t actually change the shape of pixels or actually smooth anything out. Instead, anti-aliasing basically works by partially changing the colors of pixels to make them blend in with the background.

Think of it like this: If you took a diagonal line made of square pixels (the one that looks like a staircase) and changed the color of the squares’ edges to blend in with the background, it’d kind of make the line look smoother, right?

The squares and their jaggedness are still there, but that doesn’t really matter as long as the picture looks right.

Supersampling is one of the most powerful tools in the battle against aliasing, but that power comes at an extreme (computational) cost. Making your computer render each frame in a high resolution, sample its every pixel multiple times, and downscale the frame to fit your screen takes a lot of juice, so it’s no wonder why supersampling isn’t widely used outside of very specific situations.

If your computer has the power—and the game and graphics card support it—however, supersampling is the most effective way to reduce the amount of jagged edges and abrupt transitions between in-game objects for a cleaner, more natural look. 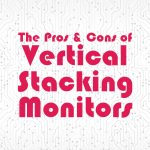 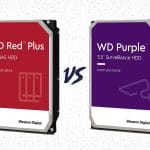